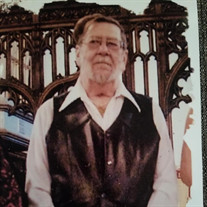 Walter George Rarer, age 81, of Bullhead City, Arizona, formerly of Annandale and Dassel, died on March 17, 2021, in Bullhead City, Arizona. A memorial service will be held on Saturday, April 24, 2021, at 11:00 a.m. at Gethsemane Lutheran Church in Dassel with Rev. Hollie Holt-Woehl officiating. There will be a time to gather with the family one hour prior to the service on Saturday at the Gethsemane Lutheran Church in Dassel. For those who wish to attend we ask that mask and social distancing be observed. Walter George Rarer, the son of Donald and Esther (Fleischfresser) Rarer was born on January 23, 1940, in Logan Township, Grant County, Minnesota. He grew up in the Crosby Ironton area where he attended school for his education. Walter was baptized in the Lutheran faith. On November 1, 1958, Walter was united in marriage to Elaine Knutson at the Holy Cross Lutheran Church Parsonage in Bordentown, New Jersey. Together they made their home wherever Walter was stationed while in the Navy. On February 16, 1957, Walter was inducted into the Army National Guard before changing branches of service and enlisted into the United States Navy where he served from May 1st, 1957 until his discharge in 1970. They had resided in New Jersey, Rhode Island, Hawaii, California, and in 1970 when they moved back to Dassel. He was employed by Storms Systems in Dassel for many years as a machinist before becoming employed by Malco Products in Annandale. He owned and operated Walt’s Snowmobile Service. He also owned and operated the “Crow Bar” in Kingston for many years. For many years he was employed by park and transit to clean rest stops and had also worked as a caretaker at the St. Cloud Campground. Walter was united in marriage to Mabel Leona Ziebart at Buffalo, Minnesota. Together they made their home on the shores of Big Swan Lake until her death in 1988. On February 1st, 1995, Walter was united in marriage to Cathie Lee Kelley in Clerk County, Nevada. Together they resided in their home by Big Swan before they moved to Annandale and wintered in Bullhead City, Arizona for the winters. In 2017, Cathie and Walter made the decision to make Bullhead City their permanent home. Walter enjoyed spending time, boating, waterskiing, fishing, hunting ducks, pheasants, and tinkering. He was a fantastic machinist who could make many items and tools. He had made his own guns, collected duck stamps, decanters, and signs. He loved to go camping and had camped in many of the National Parks in the lower 48 states. He had even built a boat trailer for his daughter, Barb that was pulled behind her bicycle. He enjoyed spending time with his family and was proud of his children, grandchildren, and great grandchildren. He is survived by his wife, Cathie Rarer, daughter, Sandra (Timothy) Benoit of Dassel and stepdaughter Bernadine (Levi) Konsor, seven grandchildren, Nicole (Randy) Moe, Cory Brandel, Katie Beckman, Marcus (Amy) Benoit, Melissa (Trevor) Goulet, Amanda Benoit, and Michael Rarer, step-grandchildren Jeff Moe, Clay Moe, Patrick Larson, Rick Larson, six great grandchildren, Cain Savoie, Caleb Savoie, Clara Elaine Brandel, Chase Brandel, Regan Goulet, and Taylor Goulet, Sister-in-law Jean Rarer. He is also survived by several nieces, nephews, and other relatives. He was preceded in death by his wife, Mabel Leona Rarer in 1988, an infant son, James Timothy Rarer, stepson Owen Ziebart, daughters, Dawn Rarer on July 27, 1990, Yvonne Brandel on September 20, 2012, Barb Rarer on November 4, 2020, and his parents, sister Dorothy (Don) Osterman, Brothers Donald Rarer, Gerald (Anita) Rarer, and Sister Adelaide (Jim) Rohloff.

The family of Walter George Rarer created this Life Tributes page to make it easy to share your memories.

Send flowers to the Rarer family.