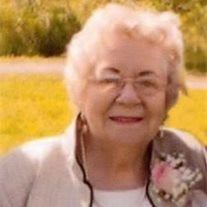 Shirley Ivonne Marie Paulson, age 77, of Dassel, died Thursday, December 17, 2015, at the Hennepin County Medical Center in Minneapolis, Minnesota. A funeral service will be held on Monday, December 21, 2015, at 11:00 a.m. at Cornerstone Church in Litchfield, MN. Pastor Jeff Garland officiated. There will be a time to gather with the family from 4:00 p.m. to 7:00 p.m. on Sunday, December 20, 2015, at the Johnson Funeral Home in Dassel. Shirley Ivonne Marie Paulson, the daughter of Hjalmer and Mabel (Johnson) Gustafson, was born on February 2, 1938, in Ellsworth Township, Meeker County, Minnesota. She grew up in the Ellsworth Township area and graduated from the Dassel High School in 1956. Shirley was baptized as a young girl at Little Swan Lake in Dassel. On February 16, 1957, Shirley was united in marriage to Kenneth W. Paulson at the Evangelical Covenant Church in Dassel. Together they made their home in Litchfield for several years before they moved to Kingston. In 1962, they moved south of Dassel where they have made they have resided since. Shirley had been employed by 3-M Manufacturing in Hutchinson, Fabri-Tech in Cokato, Nortronics in Dassel, The Prairie House in Dassel, The Green Giant in Cokato and Glencoe, The Marketplace of Cokato, Borg's seed in Cokato, and after retirement she spent much of her time watching over her Grandchildren. Shirley enjoyed knitting and crocheting afghans, mittens, scarves, hats and had knitted thousands of washcloths that she had both sold and given to family and friends. Together they planted a half acre vegetable garden every year and canned the harvest. She loved to go to garage sales and also enjoyed having garage sales. Shirley was fond of collecting chicken knickknacks and other various collectables that she had all around her home. She also spent much of her time while crocheting watching religious Christian channels. She is survived by her husband, Kenneth W. Paulson of Dassel, children, Randy (Kay) Paulson of Kingston, Randa (Allen) Hastings of Dassel, Rory Paulson of Hutchinson, RaChelle (Mitchell) Rawlins of Dassel, and Ryan Paulson of Dassel, 19 grandchildren, 16 great grandchildren, two sisters, Margene Vap of Oklahoma City, Oklahoma, and Joyce Johnson of Hutchinson, three sisters-in-law, Janet Gustafson of Kimball, Pat Gustafson of Fairview, Indiana, and Nancy Gustafson of Hutchinson. She was preceded in death by her parents, siblings, Betty Weirauch, Richard Gustafson, Darlene Rumsey, Kenneth Gustafson, Dennis Gustafson, Marlyn Gustafson, and Ronald Gustafson, brothers-in-law, Richard Paulson, Howard Salmela, Robert Weirauch, Gerald Rumsey and Leslie Johnson.

The family of Shirley Ivonne Marie Paulson created this Life Tributes page to make it easy to share your memories.