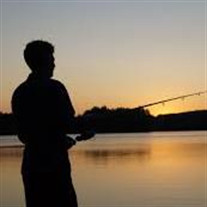 Shawn Michael Aman Jr., age 25, of Hutchinson, died Saturday, April 27, 2019, in Darwin. A memorial service will be held on Saturday, May 4, 2019, at 3:00 p.m. at the Johnson Funeral Home in Dassel. A time to gather with family will be held one hour prior to the service at the Johnson Funeral Home in Dassel. Shawn Michael Aman Jr. the son of Beth Luepke and Shawn Michael Aman Sr. was born on July 11, 1993, in Hutchinson, Minnesota. Shawn grew up in the Darwin area, where he attended Dassel Elementary and Dassel High School. He transferred to Chaska High School and later attended and graduated from Litchfield High School in 2011. Shawn was employed at 3-M in Hutchinson for the past several years. He was driven to do the best job he could and was a faithful employee. He enjoyed learning new things and liked to transfer to new positions in the plant. Shawn loved to spend time fishing and doing repairs and maintenance on vehicles for people and generally enjoyed helping family and neighbors. He is survived by his mother, Beth Luepke of Darwin, siblings, Jesse Dosen of St. Peter, Anna (Ross) Kohrs and their two sons, Dru and Jax, all of Lake City, Clayton Schilling of Hutchinson, Aaron Aman of Hutchinson, and Ike Aman and his mother Sandy, who was a second mother to Shawn, both of Chaska, his grandmother, Arlene Beneke of Hutchinson, and several aunts, uncles and cousins. He was preceded in death by his father, Shawn Michael Aman Sr., his paternal grandparents and maternal grandfather.

The family of Shawn Michael Aman Jr. created this Life Tributes page to make it easy to share your memories.

Send flowers to the Aman family.