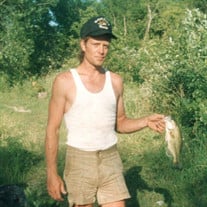 Scott Timothy Haglund, age 65, of Dassel, died Thursday, July 8, 2021, at his residence. A time to gather with the family will be held from 5:00 p.m. to 7:00 p.m. with a celebration of Scott’s life being held at 7:00 pm on Wednesday, July 14, 2021, at the Johnson Funeral Home Chapel in Dassel. Scott Timothy Haglund, son of Virgil “Bud” and Lorraine (Snorak) Haglund was born on February 22, 1956, in Wichita Falls, Texas. Being a military child, the family lived in Texas, Florida, and Maine where Scott attended the Veazie Elementary School in Veazie, Maine. In 1964, the family moved back to Minnesota where Scott graduated from the Dassel-Cokato High School in 1974. Following high school, Scott attended St Cloud State for two years. On November 22, 2000, Scott was united in marriage to Sheila Rae Torry in Reno Nevada. Together they made their home in Dassel. He worked for many years in construction and roofing and was employed by Lloyd Broberg. Scott was employed at Miller Manufacturing from 1985 until 1990, before starting DSR construction and roofing with two friends, Ryan Carlsted, and David Reed. Together they owned and operated the business for 30 years. Scott enjoyed spending time with his family and friends. He was an avid bowler and bowled on the Varland Plumbing and Heating Bowling Team and the B&V Hot Tub Bowling Team. He enjoyed playing horseshoe’s and was a member of the Litchfield Horseshoe Association. He could also be found spending time playing golf, skiing, or on the lake fishing. He will be missed by his family and friends. He is survived by his wife, Sheila Torry-Haglund of Dassel, daughter, Andria Carlson of Lester Prairie, two grandchildren, Riley of Lester Prairie, and Mallorie of Lester Prairie, sister, Ann (Tom) Ferguson of Minneapolis, and brother, Jim Haglund of Dassel, two nephews, Eric Ferguson and Ryan (Jana) Ferguson and two great nieces. He was preceded in death by his parents, Virgil “Bud” and Lorraine Haglund, two brothers and his niece Erin Ferguson.

The family of Scott Timothy Haglund created this Life Tributes page to make it easy to share your memories.

Send flowers to the Haglund family.