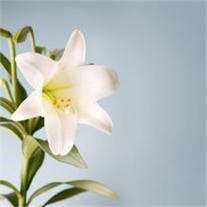 Rosalie J, Larsen, age 83, of Dassel died Friday, June 29, 2012, at the Augustana Lakeside Health Care Center of Dassel. A memorial service will be held at 2:00 p.m. on Friday, August 24, 2012, at the Evangelical Covenant Church in Dassel with the Rev. Keith Carlson officiating. The interment will be held at the Lake Arvilla Cemetery, rural Dassel. A time to gather with the family will be held one hour prior to the service at the Evangelical Covenant Church in Dassel. Rosalie Joyce (Boreen) Larsen, the daughter of Roy and Mabel (Nelson) Boreen, was born on September 28, 1928, in Dassel Township, Meeker County, Minnesota. Rosalie grew up in the Dassel area and after moving with her family graduated from the Grove City High School. Rosalie was baptized and confirmed in the Christian faith and was presently a member of the Evangelical Covenant Church in Dassel. On October 23, 1949, Rosalie was united in marriage to Lyle Larsen at the First Baptist Church in Grove City. Together they made their home in Grove City until 1970, when they moved to Dassel. Rosalie was employed by Holm Brothers Hardware Stores working in Grove City and Dassel as a book keeper. Rosalie and Lyle loved to travel, they often took trips to Alaska during the summer to visit their son, Brad and would spend some time during the winter in Flordia. She loved the time that she was able to spend with her family and her friends and will be missed deeply. She is survived by her son, Brad Larsen of Wasilla, Alaska; daughter, Suzanne (Clayton) Blackwell of Dassel, grandson, Torrey (Melissa) Blackwell of Dassel, and great grandson, Fox Robert; sister, Leona Schultz of Litchfield, Marilyn Stoffers of Atwater, and Janice Hevron of Lakeville; brothers, Larry Boreen of Grove City and Rodney (Jolaine) Boreen of Bemidji. She was preceded in death by her husband Lyle, parents, and by a brother, Eugene.

Rosalie J, Larsen, age 83, of Dassel died Friday, June 29, 2012, at the Augustana Lakeside Health Care Center of Dassel. A memorial service will be held at 2:00 p.m. on Friday, August 24, 2012, at the Evangelical Covenant Church in Dassel with... View Obituary & Service Information

The family of Rosalie Larsen created this Life Tributes page to make it easy to share your memories.

Send flowers to the Larsen family.