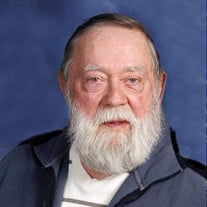 Roger Keith Werner, age 83, of Dassel, formerly of Darwin, died Thursday, July 9, 2020, at his home in Dassel. A memorial service will be held on Saturday, September 19, 2020 at 11:00 a.m. at the Gethsemane Lutheran Church in Dassel with Pastor Doug Johnson and Pastor Paul Settergren officiating. The interment of the urn will be held at the Ellsworth Cemetery in rural Darwin. There will be a time to gather with the family one hour prior to the memorial service at the Gethsemane Lutheran Church in Dassel. The Johnson Funeral Home in Dassel is in charge of the memorial service arrangements. Roger Keith Werner, the son of Richard and Ruby (Condon) Werner was born on September 14, 1936, in Ellsworth Township, Meeker County, Minnesota. Roger grew up on the family farm helping with the farm chores. He was a lifetime member of Gethsemane Lutheran Church where he was baptized in 1936 and later confirmed. He served the church as a Sunday school teacher, served on the Gethsemane Lutheran Church Council, head usher, and owner of pew 7. Roger attended district #24 and graduated from Dassel High School in 1954. He continued his education by attending several Agriculture Management classes at the University of Minnesota. On July 26, 1958, Roger was united in marriage to Janet Luedtke at the Acoma Lutheran Church in Hutchinson, Minnesota. Together they made their home in Ellsworth Township until May of 2020, when they moved to Dassel. Roger worked his land and enjoyed the fruits of his gardens. He was employed at Hutchinson Technology Inc. in Hutchinson for several years and had also been employed at Cozy Cab in Litchfield. Roger served on the Ellsworth Township Board and the Ellsworth Cemetery Board. He was the Darwin Museum Director for several years. Roger was a loving husband, father, grandfather, great grandfather and great great grandfather. He could often be found cheering on his grandchildren at DC Charger Games. He was an avid volunteer at many Twinsfest. He enjoyed listening to music from artist such as Johnny Horton, Boxcar Willie and Johnny Cash. He loved to spend time socializing with friends and family. He was an avid outdoorsman and often could be found fishing, hunting, and enjoying a demo derby. Christmas time was a special time for Roger who had played Santa Claus for over 50 + years. He loved to see a young child's eyes light up with the joy of Christmas. He enjoyed the time that he spent with his family for holidays, the annual candy run to Forest City and special events. As the holder of the Werner Secret Sausage Recipe he enjoyed making the family sausage every year. He will be missed by his friends and loving family. He is survived by his wife, Janet Werner of Dassel, children, Coleen (Lowell) Litzau of Glencoe, Carla (Allen) Johnson of Darwin, eight grandchildren, twelve great grandchildren and one great great grandchild, siblings, Joan Bieber of Grand Marais, Minnesota, and Dale (Lois) Werner of Battle Lake, Minnesota. He is also survived by several nieces, nephews, and other relatives. He was preceded in death by his son, Keith Werner, parents, Richard and Ruby Werner, sister, Jane Larson and nephews, Tim Werner, and Mark Radunz. "A cheerful heart is good medicine, but a crushed spirit dries up the bones". Proverbs 17:22

Roger Keith Werner, age 83, of Dassel, formerly of Darwin, died Thursday, July 9, 2020, at his home in Dassel. A memorial service will be held on Saturday, September 19, 2020 at 11:00 a.m. at the Gethsemane Lutheran Church in Dassel with Pastor... View Obituary & Service Information

The family of Roger Keith Werner created this Life Tributes page to make it easy to share your memories.

Send flowers to the Werner family.