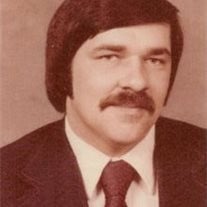 Robert "Bob" Brooks Erickson, age 66, of Braham formerly of Dassel, died Friday, March 14, 2014, at his home in Braham. A memorial service will be held on Saturday, April 5, 2014, at 1:00 pm, at the Johnson Funeral Home in Dassel with the Rev. Steven Olson officiating. The interment of the urn will be held at the Dassel Community Cemetery. A time to gather with family will be held one hour prior to the service at the Johnson Funeral Home in Dassel. Robert "Bob" Brooks Erickson, the son of Vernon and Helmi (Mattila) Erickson, was born on October 16, 1947, in Litchfield, Minnesota. He grew up in Dassel where he was baptized and confirmed at the First Lutheran Church (Gethsemane Lutheran Church). Robert graduated from the Dassel High School in 1965, and then attended Bemidji State. On March 19, 1966, Robert was united in marriage to Jill Swanberg in Bemidji, Minnesota. Together they made their home in Dassel where Bob was employed by Minnesota Hatchery, Inc. in Dassel and later was a co-owner with his brother, Roger. For several years, Bob sold cars in Hutchinson and Delano. Bob made his home in Bemidji from 2000 to 2005, when he moved to Duluth. Bob lived in Duluth for several years before moving to Braham in 2008, where he has made his home since. Bob was an avid baseball fan, had tried out for a semi-pro baseball team. For several years he had volunteered to coach his sons baseball teams. He enjoyed spending time in the outdoors. Bob had the best card tricks and the funniest jokes on the planet. All of his employees thought he was an awesome boss. They employed a lot of people in Dassel for a lot of years. He was fair and giving to all. Bob was inducted into the North Star League Baseball Hall of Fame for playing third base for the DC Saints from 1962 to 1975. He loved to bowl and averaged in the 190 +. During Christmas Bob brought great joy and happiness to many local children by calling them and pretending to be Santa Claus. He is survived by his son, Troy Erickson of Palm Springs, California, brother, Roger (Marvel) Erickson of Dassel, several nieces and nephews. He was preceded in death by his son, Chad, parents, Vernon and Helmi and his brother, Curt.

Robert "Bob" Brooks Erickson, age 66, of Braham formerly of Dassel, died Friday, March 14, 2014, at his home in Braham. A memorial service will be held on Saturday, April 5, 2014, at 1:00 pm, at the Johnson Funeral Home in Dassel with the Rev.... View Obituary & Service Information

The family of Robert "Bob" Erickson created this Life Tributes page to make it easy to share your memories.

Send flowers to the Erickson family.