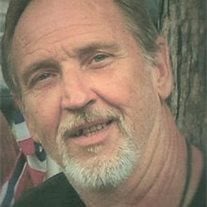 Richard Dean Gilbert, age 58, of Dassel, died Friday, October 30, 2015, at the United Hospital in St Paul. A funeral service will be held at 4:00 p.m. on Friday, November 6, 2015, at the Lamson Evangelical Free Church in Dassel with Rev. Mike Newsom officiating. The interment of the urn will be held on a later date. There will be a time to gather one hour prior to the service on Friday at the Lamson Evangelical Free Church. The Johnson Funeral Home in Dassel is in charge of the funeral arrangements. Richard Dean Gilbert, the son of Stephen and Shirley (Hanson) Gilbert, was born on September 8, 1957, in Hutchinson, Minnesota. He was raised in the Grove City area where he attended school. He later attained his GED degree. Richard was baptized and later confirmed in the Christian faith. He owned and operated Richard Gilbert Construction and did roofing, siding, and building homes around the area. He enjoyed playing the saxophone, cruising around in his convertible, playing scrabble. He especially enjoyed spending time with his family at barbeques and other family events. He loved his children and his grandchildren. He is survived by his sons, Miles Gilbert of Dassel, and Brandon Gilbert of Duluth, three step children, Karen Butcher of White Earth, J.T. Butcher of Apple Valley, Katie (Papi) Butcher of New Hope, 10 grandchildren, Orlando, Kamy, Atreya, Yazmyn, Zakeyus, Alaina, Cassie, Jace, Taydon, and Nevaeh, siblings, Eugene Gilbert of Vadnais Heights, and Joel (Sharon) Gilbert of Grove City, Sharon Gilbert of Litchfield, sisters-in-law, Joan Gilbert of California, and Sharon Gilbert of Idaho. He is also survived by several nieces, nephews and other relatives. He was preceded in death by an infant son, Dylan, parents, brothers, Stephen Gilbert, Gary Gilbert, and John Gilbert.

Richard Dean Gilbert, age 58, of Dassel, died Friday, October 30, 2015, at the United Hospital in St Paul. A funeral service will be held at 4:00 p.m. on Friday, November 6, 2015, at the Lamson Evangelical Free Church in Dassel with Rev. Mike... View Obituary & Service Information

The family of Richard Dean Gilbert created this Life Tributes page to make it easy to share your memories.

Send flowers to the Gilbert family.