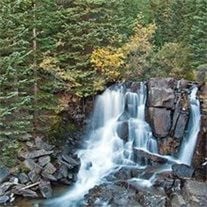 Randy John McStotts, age 57, of Cokato, formerly of Dassel, died Thursday, February 20, 2014, at the Meeker Memorial Hospital in Litchfield. A memorial service will be held on Monday, February 24, 2014, at 3:00 p.m. at the Evangelical Covenant Church in Dassel with the Rev. Keith Carlson officiating. The interment will be held at a later date at the Dassel Community Cemetery. There will be a time to gather for family and friends one hour prior to the service on Monday afternoon at the Evangelical Covenant Church in Dassel. Randy John McStotts, the son of Merlyn and Evelyn (Casper) McStotts, was born on March 18, 1956, in Saint Paul, Minnesota. Randy was baptized in the Catholic faith and was later confirmed at St. John's Catholic Church in Darwin. He grew up in Dassel and graduated from the Dassel–Cokato High School in 1974. He then attended Willmar Vocational Technical Collage, graduating with a degree in Culinary Arts. Randy moved to Phoenix, Arizona where he made his home for a few years before moving back to Minnesota and living in Lakeville. On July 11, 1981, Randy was united in marriage to Mary Zweber. Together they made their home in Lakeville, where Randy was employed at Therodyne Manufacturing for several years. He moved back to Dassel and was been employed by Miller Manufacturing and later Porta-Dock. He later moved to Cokato, where he has resided since. He was a quiet man who enjoyed cooking, reading, movies, WWF wrestling, family and friends. He had a good sense of humor and was good hearted, willing to help those who need a helping hand. Randy is survived by his daughter, Amy McStotts of Watkins, father, Merlyn McStotts of Cokato, brother, Terry (Tina) McStotts of Cokato, nephews, Matt McStotts of St. Cloud, Daniel McStotts of Waverly, and Eric McStotts of Buffalo and a special friend, Mary Zweber of Watkins. He was preceded in death by his mother, Evelyn, and his paternal and maternal grandparents.

Randy John McStotts, age 57, of Cokato, formerly of Dassel, died Thursday, February 20, 2014, at the Meeker Memorial Hospital in Litchfield. A memorial service will be held on Monday, February 24, 2014, at 3:00 p.m. at the Evangelical Covenant... View Obituary & Service Information

The family of Randy John McStotts created this Life Tributes page to make it easy to share your memories.

Send flowers to the McStotts family.