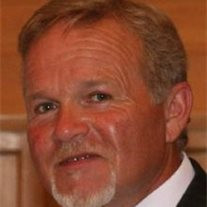 Paul Edward Huseby, age 62, of Dassel, died Thursday, October 1, 2015, at the Mayo Clinic/Methodist Hospital in Rochester. A memorial service will be held on Saturday, October 10, 2015, at 1:30 P.M. at the Evangelical Covenant Church in Dassel with the Rev. Keith Carlson officiating. Interment of the urn will be held at a later date. A time of visitation with the family will be held one hour prior to the service at the church on Saturday. In lieu of flowers, monetary gifts are preferred and will be donated to the Gift of Life Transplant House in Rochester. The Johnson Funeral Home of Dassel is in charge of the memorial arrangements. Paul Edward Huseby the son of Richard and Beverly (Johnson) Huseby was born on August 19, 1953, in Minneapolis. He grew up in the Minneapolis area where he attended school. At the age of 17, Paul was inducted into the United States Army and served in Germany from 1972 until 1974. He received his high school diploma from the German American High School while stationed in Germany. Upon discharge from the service, Paul was employed by the Soo Line, later Canadian-Pacific Railroad as a railroad carman. He worked in the Minneapolis Railroad yard and later the St. Paul Railroad yard. After 39 years with the railroad, he retired in 2013. Paul was united in marriage to Lynda Tuininga on October 27, 1979, in Montevideo. They lived on Spring Lake in Dassel in the home that Paul purchased in 1975. Paul enjoyed spending time with his family and especially loved the time spent with his two grandsons, fishing or driving around on the tractor. He also enjoyed fishing, sightseeing, eating good food, playing pool and cribbage with family and friends and working on cars or anything with an engine. He could often be found mowing lawn at his home or driving around the area looking for a good deal or someone to talk with. His family and many friends will miss him. He is survived by his wife, Lynda Huseby of Dassel; children, Sarah (John) Wabbe of Waconia, and Matt Huseby and friend, (Elyse Haselow) of Hill City; two grandchildren, Luke and Zack Wabbe; two sisters, Cheri (Richard) Galvin of Dublin, CA, and Elisabeth Parham of Crystal; as well as numerous nieces, nephews and other relatives. He was preceded in death by his parents, Richard and Beverly Huseby; and siblings, Kristie, Jean, Richard Eric, John and Mary.

Paul Edward Huseby, age 62, of Dassel, died Thursday, October 1, 2015, at the Mayo Clinic/Methodist Hospital in Rochester. A memorial service will be held on Saturday, October 10, 2015, at 1:30 P.M. at the Evangelical Covenant Church in Dassel... View Obituary & Service Information

The family of Paul Edward Huseby created this Life Tributes page to make it easy to share your memories.

Send flowers to the Huseby family.