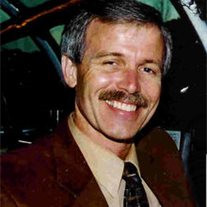 Neal Orvel Tessmer, age 63, of Hutchinson, died, Saturday, June 7, 2014, at his home. A funeral service will be held on Saturday, June 14, 2014, at 2:00 p.m. at Christ the King Lutheran Church in Hutchinson with Pastor Jon Lindekugel officiating. Visitation and fellowship will be held on Saturday, June 14, 2014, from 11:00 a.m. to 1:30 p.m. prior to the service at Christ the King Lutheran Church in Hutchinson. Neal Orvel Tessmer was born on May 2, 1951, to Orvel and Leola Tessmer (Ellig) in Gaylord, MN. He was baptized as an infant, confirmed in his faith and attended school at Immanuel Lutheran Church in Gaylord. He spent his childhood on a farm in rural Gaylord until moving to Stewart, MN in August 1965. He graduated from Stewart High School in 1969, attended Willmar Junior College for two years and graduated from Mankato State College in 1974. On September 28, 1974, he was united in marriage to Jeannie Barrick at First Lutheran Church in Dassel, MN. They made their home in the city of Hutchinson for 12 years, and then moved to their current home on Belle Lake in rural Hutchinson. They shared 39+ years of marriage and were blessed with two children, of which he was extremely proud-Tiffany in 1981 and Ben in 1983. He was employed by Hutchinson Technology Inc. for 29 years, commuting to the Plymouth location for 7 years. Later, he worked for Bixby Energy in Rogers, MN and National Equipment in Brooklyn Park, MN. He retired in 2011, due to his health, but did "on call/casual lab courier" for the Glencoe Regional Health Services until January 2014. Neal was a member of Christ the King Lutheran Church, Hutchinson Elks Lodge, Saturday Night Cruiser's Car Club, Belle Lake Association, Crow River Chapter of the Star Motorcycle Club and a league bowler for many years. He enjoyed living at the lake, classic cars, riding motorcycle, waterskiing, snowmobiling, dancing, and family vacations. After his diagnosis, Neal was proud to participate in the Multiple Myeloma Research Foundation Walk/Run in St Paul, MN with his family and close friends. Neal is survived by wife, Jeannie, daughter, Tiffany of Richfield, son, Benjamin of Willmar, parents, Orvel and Leola of Stewart, brother, Randy (Sue) of Gaylord, sister, Wendy Hellwig ( Steve) of Litchfield. mother-in-law, Gladys Carlen of Cokato, sisters-in-law, Judy (Milt) Larson of Cokato, Joyce Barrick of Hutchinson, Jocelyn (Brad) Larson of Lexington, Nebraska, Jennifer (Gail) Plaisance of Buffalo Lake, brother-in-law, Jerald (Nina) Barrick of Litchfield, and many nieces and nephews, family members and friends. Preceded in death by grandparents, Henry and Gertrude Tessmer, Ben and Helena (Roepke) Ellig, father-in law, James Barrick SR, brother-in-law, James Barrick JR.

Neal Orvel Tessmer, age 63, of Hutchinson, died, Saturday, June 7, 2014, at his home. A funeral service will be held on Saturday, June 14, 2014, at 2:00 p.m. at Christ the King Lutheran Church in Hutchinson with Pastor Jon Lindekugel officiating.... View Obituary & Service Information

The family of Neal Orvel Tessmer created this Life Tributes page to make it easy to share your memories.

Send flowers to the Tessmer family.