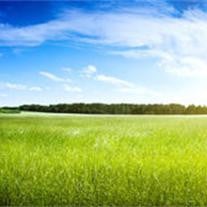 Milo T. Madson, age 85, of Dassel, Died Friday, July 6, 2012, at the Lakeview Ranch, in Dassel. A memorial service will be held on Saturday, July 21, 2012, at 10:30 a.m. at the Gethsemane Lutheran Church in Dassel. A time to gather with the family will be held one hour prior to the service at the church. Memorial arrangements are handled by the Johnson Funeral Home in Dassel. Milo Theodore Madson, the son of Theodore and Meta (Madsen) Madson, was born on April 10, 1927, in Rosendale, Minnesota. Milo was baptized and confirmed at the Arndahl Lutheran Church in rural Grove City and was presently a member of the Gethsemane Lutheran Church in Dassel. Milo grew up in the Grove City area and graduated from the Grove City High School. He served in the United Stated Navy until his discharge. On August 15, 1948, Milo was united in marriage to Evelyn Nelson at the First Lutheran Church in Dassel. He was employed as a government surveyor and worked on the Boulder Dam in Colorado. He had also worked in New Mexico and Nebraska, moving from camp to camp. In 1952, they moved back to Dassel and in 1954, they moved to their home north of Town. Milo worked for several seed companies, developing seed corn breeds. He loved to spend time farming the land around his home and always left a little corn for the deer and pheasants to eat during the winter. He enjoyed gardening, cross country skiing, reading, and could remember the minute detail of any book that he would read. He was an avid bird watcher and was a naturalist, planting and hand watering numerous trees. The birds and animals always knew that they had a safe haven near Milo's home. Milo and Evelyn had traveled to Scandinavia several times. They would also jump into their van and drive to the North Shore to spend a weekend. Milo will be missed by his family and his friends. He is survived by his daughters, Kristine Madson of Dassel, Shelly Nordtorp-Madson and her husband, Lennart Nordtorp-Nielson of Edina, and Gretchen Madson and her husband, Thomas Richards of Barnum; four grandchildren, Colby Hall, Lyndsay Hall-Anderson and her husband, Nathan Anderson, Majken Hall and fiancee John Ulschmid, and Kirstine Nordtorp-Madson; three great grandchildren, Brianna Hall, Emily Anderson, and Theodore Anderson, two nieces and a nephew, and numerous cousins. Milo was preceded in death by his wife, Evelyn, parents, a sister, Margaret Joanne Bollin, and niece, Holly Thompson.

The family of Milo Madson created this Life Tributes page to make it easy to share your memories.

Send flowers to the Madson family.