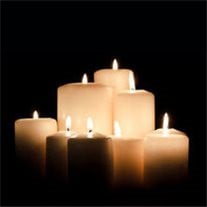 Matthew Andrew Nelsen, age 37, of Cokato, died at his home on Wednesday, April 25, 2012. A memorial service was held on Sunday, April 29, 2012, at 3:00 p.m. at the Evangelical Covenant Church in Dassel with the Rev. Keith Carlson officiating. A time to gather was held one hour prior to the service at the church. The Johnson Funeral Home in Dassel was in charge of the memorial arrangements. Matthew Andrew Nelson, the son of Lori Nelsen, was born on January 21, 1975, in Litchfield, Minnesota. He grew up in the Dassel and Hutchinson area where he attended Our Saviors Lutheran School in Hutchinson through the third grade before he transferred to the Dassel Cokato School attending through the ninth grade; he then transferred to the Hutchinson High School. Matthew was baptized and confirmed in the Christian faith and was a member of the Evangelical Covenant Church at the time of his death. Matthew was united in marriage to Bonnie Stewart and together they made their home in Cokato, where they raised their family. He had been employed at Dura Supreme in Howard Lake. He had worked for many years at Spectralytics, New Dimensions and Schweiss bi-fold doors. He enjoyed spending time with his family and playing with his children. He was a meticulous woodworker, enjoyed archery, shooting and collecting guns, collecting WWII memorabilia, such as, helmets, model airplanes and boats. He was a jokester who loved to laugh and make people laugh. He was an avid camper, and could often be found camping in the backyard with his children. Matt would often help with the farm field work and loved to operate the farm equipment on his grandpa Mosel's farm. He had won many awards and trophy's driving in Super Stock tractor pulls in both Meeker County Fair and the McLeod County Fair. Matthew is survived by his wife, Bonnie of Cokato, children, Lacie Nelsen, Dylan Maidl, and Marissa Engquist all of Cokato, mother, Lori Nelsen of Hutchinson, step-father, Kevin (Fuzzy) Dircks of Hutchinson, uncles, Bart (Flor) Nelsen of Hutchinson, and Bret (Margie) Nelsen of Hutchinson. He was preceded in death by his grandma, Betty Jean Nelsen.

Matthew Andrew Nelsen, age 37, of Cokato, died at his home on Wednesday, April 25, 2012. A memorial service was held on Sunday, April 29, 2012, at 3:00 p.m. at the Evangelical Covenant Church in Dassel with the Rev. Keith Carlson officiating.... View Obituary & Service Information

The family of Matthew Nelsen created this Life Tributes page to make it easy to share your memories.

Matthew Andrew Nelsen, age 37, of Cokato, died at his home on...

Send flowers to the Nelsen family.