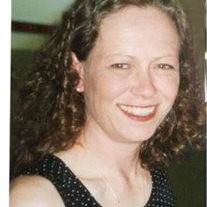 Mary Strey Danielson, age 57, died Thursday, November 28, 2013, at the Cokato Manor. A memorial service will be held on Tuesday, December 3rd, 2013, at 2:00 p.m. at the Stockholm Lutheran Church in rural Cokato with the Rev. Mark Little officiating. A time to gather with family will be held one hour prior to the service on Tuesday at the church. The Johnson Funeral Home in Dassel is in charge of the memorial arrangements. Mary Strey Danielson, the daughter of V. E. and Irene (Martinson) Olson, was born on June 24, 1956, in Cokato, Minnesota. She grew up in the Stockholm area and was baptized and confirmed at Stockholm Lutheran Church. Mary graduated from the Dassel-Cokato High School in 1974. Mary was employed at the Cokato Clinic and later at Elite Enterprises in Cokato. Form 1987 until 2007 as a secretary for the guidance counsellor and social worker at the Dassel Cokato High School. On July 7, 1975, Mary was united in marriage to Steven Strey at the Stockholm Lutheran Church in Cokato. Together they made their home in Cokato. On August 5, 1995, Mary was united in marriage to Dennis Danielson at his home near Dassel. Together they made their home in the Dassel area, where she enjoyed spending time planting, weeding and taking care of her many flower beds around their home. She loved to travel and even traveled to France. Mary was a wonderful cook and enjoyed the time that she spent with her children and her step-children. She is survived by her husband, Dennis of Dassel, her children, Melissa Berglund of Superior, WI, and Mike Strey of Mankato, April (Christian) Wood of Greenfield, WI, and Kyle Danielson of Superior, WI, three grandchildren, Elijah, Ezra, and Caleb Wood, Siblings, Katherine (Roland) Olson-Studler of St. Paul, Paul Olson of San Diego, CA, and Dan Olson of Fairhaven, Missouri. She was preceded in death by her parents and a sister, Judy Martinson.

The family of Mary Strey Danielson created this Life Tributes page to make it easy to share your memories.