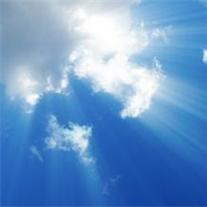 Marion Frieda Johnson, age 76, of Cokato, died Wednesday, June 27, 2012, at the Cokato Manor. A funeral service will be held on Saturday, June 30, 2012, at 11:00 a.m. at St. Paul's Evangelical Church in Montrose with the Rev. Robert Hellmann officiating. The interment will be held at the Oakland Cemetery in Hutchinson following the service. There will be a visitation one hour prior to the service at the church on Saturday. The Johnson Funeral Home in Dassel is in charge of the funeral arrangements. Marion Frieda Johnson, the daughter of Harry and Frieda (Nisse) Johnson was born on September 26, 1935, in Acoma Township, McLeod County, Minnesota. Marion was raised in the Hutchinson area and in 1980, she moved to Alexandria with her mother to be near her sister, Harriet and her brother in law, George Battles. Following the death of her sister and her mother in July of 1996, Marion moved to Dassel where her brother, Howard and her sister-in-law, Jeri lived. In May of 2003, Marion moved to the Cokato Manor, where she has resided since. Marion was a very proud employee of Functional Industries for over 10 years. In her free time Marion loved to do embroidery, word finds and jigsaw puzzles. Twice a week Marion volunteered to clean the Bingo chips at "The Manor" (a very important job to her) and she also loved her visits with the children in the Playhouse Daycare. She loved to watch; "Lucy", "Leave it to Beaver", "Andy Griffith", "Wheel of Fortune", and "The Lawrence Welk Show". Marion is survived by her brother, Howard and wife, Jeri of Dassel. Nieces and nephews: Grant (Tern) Johnson and Xavier, Nancy (Bruce) Baumgardt and family, Todd (Tina) Johnson and Families, Nichole (Greg) Plath and family, Ken (Jane) Battles, Keith (Deb) Battles and family, Karen (Norm) Bratten and family, Kevin (DeAnne) Battles and family, Kent Battles and Kurt (Erin) Battles and family. She is also survived by a step-niece and step-nephews, Shawn Johnson, Vanessa (Paul) Haekenkamp and family and Aaron Johnson. She will be missed by her family and her many friends at The Cokato Manor. She was preceded in death by her parents and a sister, Harriet Battles.

Marion Frieda Johnson, age 76, of Cokato, died Wednesday, June 27, 2012, at the Cokato Manor. A funeral service will be held on Saturday, June 30, 2012, at 11:00 a.m. at St. Paul's Evangelical Church in Montrose with the Rev. Robert Hellmann... View Obituary & Service Information

The family of Marion Johnson created this Life Tributes page to make it easy to share your memories.