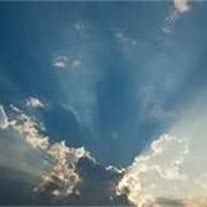 Marilyn Joann Swanson (wife of Kenneth Swanson) age 76, of Lake Jennie, died Monday, April 3, 2017, at the Cokato Manor. A funeral service will be held on Saturday, April 8, 2017, at 2:30 p.m. at the Lake Jennie Evangelical Covenant Church, rural Dassel, with the Rev. Douglas Pierce officiating. The interment will be held at the church cemetery following the service. A visitation will be held on Friday evening from 5:00 p.m. to 7:00 p.m. at the Johnson Funeral Home in Dassel and one hour prior to the service on Saturday. Marilyn Joann "Campbell" Swanson, the daughter of Royal and Mabel (Decker) Campbell, was born on April 11, 1940, in Oneida, Illinois. Marilyn graduated from the Galesburg High School in 1958 and then attended North Park College in Chicago, Illinois. At the age of 55 she continued her education and received her Bachelor of Arts degree from Concordia College in St. Paul. She was baptized in 1952 in the Methodist faith and was a member of the Lake Jennie Evangelical Covenant Church at the time of her death. She had served as a short-term missionary in Japan for the Evangelical Covenant Church. Marilyn taught Sunday School, was a Sunday school mentor, was an immigrant mentor and had been an active member of the Lake Jennie church Ladies organization and a member of most of the church boards. She had volunteer to serve for many church meals and other church activities. On May 26, 1973, Marilyn was united in marriage to Kenneth Swanson at the Evangelical Covenant Church in Dassel. Together they made their home in the Lake Jennie area. Marilyn was employed by the city of Hutchinson as an Administrative Secretary. Marilyn enjoyed traveling and had visited Japan, Scandinavia, Egypt, Jerusalem and other areas in Israel, and Jordan. She was an avid reader and could often be found enjoying a good book. She loved to do crafts in her spare time and had knitted many items over the years. She had also served on the Collinwood Township Board for many years. She is survived by her husband, Kenneth Swanson of Dassel, sisters, Betty (Ray) Samundsen of Batavia, Ill, Lou Hopping of Galesburg, Ill, brother-in-law, Jim Frakes of Galesburg, Ill, and sister-in-law, Jane Krueger of Maple Grove and numerous nieces, nephews and other relatives. Marilyn was preceded in death by her parents, Royal and Mabel Campbell, her three sisters, Belva Cooper, Cleo Frakes, and Shirley Carter and one brother Lindy Campbell.

The family of Marilyn Joann Swanson created this Life Tributes page to make it easy to share your memories.