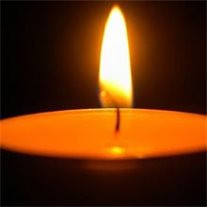 Marian Lorraine Peterson, age 92, of Dassel, died Sunday, November 27, 2016, at the Augustana Lakeside Health Care Center of Dassel. A funeral service will be held on Thursday, December 1, 2016, at 11:00 am at the Gethsemane Lutheran Church in Dassel with Rev. Daniel Belgum-Blad officiating. Interment will be held at the Dassel Community Cemetery. A visitation will be held on Thursday one hour prior to the service at the Gethsemane Lutheran Church. The Johnson Funeral Home in Dassel is in charge of the funeral arrangements. Marian Lorraine Elizabeth (Dokken) Peterson was born on April 5, 1924, at Cokato. She was the daughter of Nels and Hannah (Nelson) Dokken and was baptized at the French Lake Lutheran Church. Marian was confirmed at the Evangelical Lutheran Church in Cokato. She graduated from the Cokato High School in 1942. On May 22, 1943, Marian was united in marriage to Ralph W. Peterson and they made their home on the family farm by Collinwood Lake. In 1990, they moved to a town home in Cokato and in 2004 they moved to the Lakeside Apartments in Dassel. Marian was an active member of the Evangelical Lutheran Church in Cokato and later the Gethsemane Lutheran Church in Dassel. She loved her family and enjoyed spending time with her children, grandchildren, and great grandchildren. She loved working with Ralph on the farm as it was a new experience for her. Later she worked for several clothing stores, Harlan's Clothing, Mary's on Main, Skogmo and Heritage. She also worked with Ralph at Bogers Hardware before they retired. She loved working with people. She also appreciated living by the lake and enjoying all the beauty of nature. Marian is survived by her children, Bruce (Luci) Peterson of Orlando, Florida, Lynette (Charlie) Cheesebrough of Lino Lakes, four grandchildren, Ted (Carle) Cheesebrough, Lisa (Alexander) Källebo, Ann (Nate) Hultgren, and Jackie Peterson and spouse Tracey Bracco, ten great grandchildren, Charlie, Mia, Cole and Molly Cheesebrough, Linnea and Sofia Källebo, Nolan, Calvin and Finn Hultgren, and Oscar Peterson Bracco. She also survived by a sister-in-law, Lois Dokken and her spouse (Roy Mitchell) of Falls Church, Virginia, and by several nieces, nephews and other relatives. She was preceded in death by her beloved husband, Ralph, her parents, sisters, Evelyn Grivna and Mildred Dokken and her brothers, Donald and James Dokken.

Marian Lorraine Peterson, age 92, of Dassel, died Sunday, November 27, 2016, at the Augustana Lakeside Health Care Center of Dassel. A funeral service will be held on Thursday, December 1, 2016, at 11:00 am at the Gethsemane Lutheran Church... View Obituary & Service Information

The family of Marian Lorraine Elizabeth Peterson created this Life Tributes page to make it easy to share your memories.