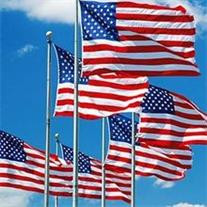 Lowell D. Anderson, age 80, of Dassel, died Thursday, January 11, 2013, at the Augustana Health Care Center of Dassel. A funeral service will be held at 1:00 p.m. on Tuesday, January 15, 2013, at the Evangelical Covenant Church in Dassel with the Rev. Keith Carlson officiating. The interment will be held at the Dassel Cemetery following the service. A visitation will be held on Monday evening from 4:00 p.m. to 7:00 p.m. and one hour prior to the service on Tuesday afternoon at the Evangelical Covenant Church in Dassel. The Johnson Funeral Home in Dassel is in charge of the funeral arrangements. Lowell Dewayne Anderson, the son of Victor and Tressie (Olmstead) Anderson was born on June 9, 1932, in Dassel, Minnesota. Lowell grew up in the Dassel area and graduated from the Dassel High School in 1950. After high school, Lowell attended Trade School to continue his education. Lowell was baptized in the Christian faith and was presently a member of the Evangelical Covenant Church at the time of his death. In 1955, Lowell was inducted into the United States Navy and was discharged in 1957. When he returned from the service, Lowell was united in marriage to Jeanine Lidberg on March 22, 1958. Together they made their home in the Dassel area. Lowell farmed for many years, and then was employed at Tomer Industries in Cokato, and then later American Time and Signal in Dassel. When he retired Lowell became the maintance man and ground keeper at the Lake Beauty Covenant Bible Camp for several years. In May of 1996, Lowell was united in marriage to Marjorie Olson. Together they made their home in Long Prairie until 2000, when they moved back to Dassel. He was an active member of the Evangelical Covenant Church in Dassel where he had served on numerous committees and had also served as the chair of the Board of Elders. He loved to spend time with his family and friends, enjoyed taking vacations, tinkering in the garage, wood working, building models, and in the later years watching birds and nature. He was a man who could find a use or improve anything. He loved to read the bible and lived his life according to God words. He will be missed by his family and his friends. He is survived by spouse, Marjorie Anderson of Dassel, Dale (Heidi McKinney) Anderson of Brainerd, Brian (Maria) Anderson of Dassel, Cherri Anderson of St. Cloud, Holly (Lee) Nordmeyer of Faribault, Philip (Ann) Anderson of Dassel and Jill (Lloyd Jr.) Heaver of Cokato, six grandchildren, and a brother, Robert (Audrey) Anderson of Edina. He was preceded in death by his wife, Jeanine, parents, and his siblings, Ralph Anderson, Douglas Anderson, Donald Anderson and Dorothy Johnson.

Lowell D. Anderson, age 80, of Dassel, died Thursday, January 11, 2013, at the Augustana Health Care Center of Dassel. A funeral service will be held at 1:00 p.m. on Tuesday, January 15, 2013, at the Evangelical Covenant Church in Dassel with... View Obituary & Service Information

The family of Lowell Anderson created this Life Tributes page to make it easy to share your memories.