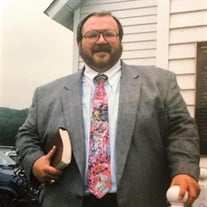 LEE ROY SHELTON III (1948-2020) Lee Roy Shelton III, aged 72, passed away on November 6, 2020, at his home in Centerville, Minnesota, after a lengthy illness. A memorial service will be planned for a future date. Lee was born March 7, 1948, in New Orleans, Louisiana, to Lee Roy Shelton Jr and Loraine (Reeves) Shelton. He was raised on the West Bank of New Orleans in Algiers. He graduated from Behrman High School in 1966 and attended Louisiana State University his freshman year. In September 1967, he married Marsha Robertson from Hattiesburg MS. Immediately following their marriage, they began teaching at Grand Bayou Elementary School in Plaquemines Parish LA, where they taught for three years. Subsequent careers included business machine sales in New Orleans and sales rep for Hunt-Wesson Foods in Fort Smith AR. It was in Fort Smith that Lee was converted to Christ and felt a strong desire to diligently study God’s Word and continue his education, taking both correspondence and in-person classes with hopes of one day teaching or going into the ministry full time. In 1976 he moved his family to Litchfield MN to manage Mt. Zion Christian Bookstore, founded by his father, where he pored over good, sound books and textbooks on Reformed theology and doctrine. During his time at the bookstore, Lee began hosting an early Sunday morning radio program called Daybreak, sharing the gospel through music and the spoken word, at KLFD in Litchfield and later at KDUZ in Hutchinson, for a total of 16 years. Due to the radio program and his interaction with customers in the bookstore, he was asked to speak at various churches where pulpit supply was needed. This included Lake Jennie Evangelical Covenant Church in rural Dassel. In 1980 he was called by Lake Jennie as full-time pastor and was licensed by the Evangelical Covenant Church. In the latter years of the Lake Jennie pastorate, he also began preaching at Lake Union Evangelical Covenant Church in South Haven on Sunday mornings. This fueled a desire for an itinerant preaching ministry. After almost 13 years at Lake Jennie, he began working as sales manager for CREMCO in Litchfield, continuing his radio program and filling the pulpit in various churches throughout West Central Minnesota. Lee was then hired as a sales rep by US West/Dex Yellow Pages, which resulted in a move to Willmar. He began preaching regularly at Immanuel Lutheran Church in French Lake. After a couple of years in Sevierville TN with Marsha’s parents, they moved to Cold Spring MN, where Lee went to work for Dex in St. Cloud until his retirement. After his health began to fail and he could no longer travel, Lee and Marsha moved to Falcon Heights to be closer to their children. Being confined to a hospital bed, Lee began preaching virtually on Sunday mornings for Country Home Fellowship at the Nyquist farm near Howard Lake. He also mentored several men who were either serving in the ministry or who had a desire to serve. In 2018 Lee and Marsha moved once again to the small town of Centerville. After entering hospice care in 2020 and he was no longer able to preach, Lee continued, as he was able, to minister to others by phone. As Lee began the final phase of his journey to his heavenly home, he received support from and was ministered to and encouraged by many family members and friends in various ways, by providing a listening ear, sharing scripture or devotionals, sending texts and letters of encouragement, and most importantly, praying with and for both Lee and Marsha. He began to decline the first week of November, entering his longed-for eternal rest on November 6. Lee was preceded in death by his parents; his paternal grandparents, Lee Roy Shelton Sr. and Dola (Simmons) Shelton; maternal grandparents, James Z. Reeves and Carrie Fae (Bailey) Reeves. He is survived by his wife of 53 years; three children and their spouses: Lee and Dawn Shelton of Centerville MN, Christy and Paul Washburn of Apache Junction AZ, and Sharla and Craig Foster of Finlayson MN; nine grandchildren: Patrice, Philippe and Olivia Shelton; Roy, Jake, Audrey and Lydia Washburn; Brynnda and Harlan Foster; sister Sharon and brother-in-law Alan Frolek of St. Joseph MN; and brother Zack and sister-in-law Janis Shelton of Beaumont TX. As the end of Lee’s earthly life drew near, these words from a well-loved hymn were much on Lee’s heart: My sin, oh, the bliss of this glorious thought, My sin, not in part but the whole, Is nailed to the cross, and I bear it no more, Praise the Lord, praise the Lord, O my soul!

The family of Lee Roy Shelton III created this Life Tributes page to make it easy to share your memories.

Send flowers to the Shelton family.