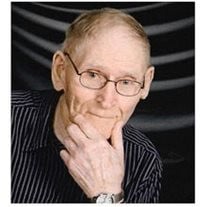 Lawrence "Lars" Wendell Holm, age 92, of Dassel, died Thursday, December 7, 2017, at the Lakeview Ranch in Dassel. A funeral service will be held on Monday, December 11, 2017, at11:00 a.m. at the Gethsemane Lutheran Church in Dassel with the interment held at the Dassel Community Cemetery. A visitation will be held one hour prior to the service on Monday at the Gethsemane Lutheran Church. In lieu of flowers, memorials are preferred to the Dassel Community Cemetery Association, the Lakeview Ranch of Dassel or the Steelesville Cemetery Association. Lawrence "Lars" Wendell Holm was born to Anton "Tony" and Alice Victoria (Skarin) Holm on June 15, 1925, in Collinwood Township, Meeker County, Minnesota. He grew on the family farm helping with chores and field work. On July 1, 1925, Lars was baptized and later confirmed on May 28, 1939, at the Stockholm Lutheran Church in rural Cokato. He was presently a member of the Gethsemane Lutheran Church in Dassel. Lars was a farmer at heart, and enjoyed working the land of the Holm family's farm on his Case tractor. He occasionally had young helpers, who fondly recall getting into some mischief when Uncle Lars was driving the truck or tractor. He was an avid baseball fan and as far as he was concerned there was only one team, the New York Yankees. He loved to play around with his nieces and nephews and would tease and give them a hard time, but also remember to send them cards on their birthdays. He will be missed by his family, friends and those who knew Lars. Lars is survived by his two sisters, Doris (Jack) Rathman, Hazel Dahlman, sister in laws, Dorathy Holm and Jean Holm, and a brother in law, Rod Turnquist. He is also survived by many nieces and nephews. He was preceded in death by his parents, Tony and Alice Holm, his brothers, Francis Holm and John Holm and a sister, Esther Turnquist.

Lawrence "Lars" Wendell Holm, age 92, of Dassel, died Thursday, December 7, 2017, at the Lakeview Ranch in Dassel. A funeral service will be held on Monday, December 11, 2017, at11:00 a.m. at the Gethsemane Lutheran Church in Dassel with the... View Obituary & Service Information

The family of Lawrence "Lars" Wendell Holm created this Life Tributes page to make it easy to share your memories.