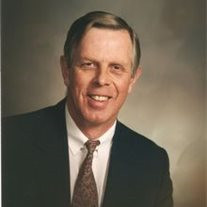 Kjell Olav Nordlie, age 67, of Dassel, died Monday, November 11, 2013, at his home. A memorial service will be held on Saturday, November 16, 2013, at 11:00 am at the Gethsemane Lutheran Church in Dassel. An interment will be held at the Dassel Community Cemetery following the service. A time to gather with the family will be held on Friday evening from 4:00 p.m. to 7:00 p.m. at the Johnson Funeral Home in Dassel. There will be a one hour visitation prior to the service on Saturday at the Gethsemane Lutheran Church. Kjell Olav Nordlie, the son of Kaare and Magna "Kjenner" Nordlie was born on September 3, 1946, in Sarpsborg, Norway. He grew up in the Sarpsborg, Norway area where he attended school. He later attended Oslo Teachers College where he received his teacher's degree. On July 12, 1969, Kjell was united in marriage to Elaine Lea at the Highland Lutheran Church in rural Whalan, Minnesota. Together they made their home in Råde, Østfold, Norway for 14 years. Kjell was employed as a teacher in a girl's school for several years and later became a Superintendent of Schools while living in Norway. In 1983, Kjell and Elaine moved to Dassel, where he started to work for Prudential Insurance and later became self-employed selling insurance and as a financial broker. He loved helping his clients and considered many of them his friends. He enjoyed spending time with his family and especially enjoyed his children and grandchildren. His wife Elaine was the joy of his life and they folk danced and traveled to many destinations together. In May of 2013, Kjell was proud to become a United States Citizen. He enjoyed golfing, skiing, and having coffee with the guys in the morning. He loved to help people and always said "Hi" with a smile. He was an avid sports fan, often being found watching or listening to the Twins, Vikings, or University of Minnesota Gophers. He will be missed by his family and his many friends. He is survived by his wife, Elaine Nordlie of Dassel, daughters, Catherine (Jon) Young of Dassel, and Cecilie (Dan) Sangren of Cokato, granddaughters, Gabrielle Hoffman, Sophie Hoffman, Sydney Sangren, Caitlin Young, and Carlie Young and a sister, Anne Marie Haugen of Fredrikstad, Norway. He was preceded in death by his daughter, Christine Nordlie and his parents.

Kjell Olav Nordlie, age 67, of Dassel, died Monday, November 11, 2013, at his home. A memorial service will be held on Saturday, November 16, 2013, at 11:00 am at the Gethsemane Lutheran Church in Dassel. An interment will be held at the Dassel... View Obituary & Service Information

The family of Kjell Olav Nordlie created this Life Tributes page to make it easy to share your memories.

Send flowers to the Nordlie family.