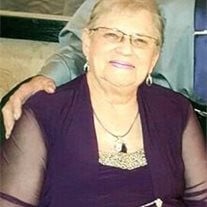 Joyce Peikert, age 73, of South Haven, died Monday, March 27, 2017, at the Buffalo Hospital. A funeral service will be held at 11:00 a.m. on Saturday, April 1, 2017, at the Gethsemane Lutheran Church in Dassel with the Rev. Carolyn Pflibsen officiating. A visitation will be held Friday, March 31, 2017, from 4:00 p.m. to 7:00 p.m. at the Johnson Funeral Home in Dassel. There will be a one hour visitation prior to the service on Saturday morning at the Gethsemane Lutheran Church in Dassel. Joyce Elizabeth (Nelson) Peikert, the daughter of Carl and Henrietta (Nemeo) Nelson, was born on March 29, 1943, at the St. Cloud Hospital. Joyce grew up in Hopkins, where she was baptized on July 18, 1943, and later confirmed at the Grace Lutheran Church in Hopkins. Joyce attended school and graduated from the Hopkins High School in 1961. After high school Joyce was employed as an office worker. On October 8, 1966, Joyce was united in marriage to Gerald Peikert in Hopkins, Minnesota. Together they made their home in Dassel until 1976, when they moved to a farm in rural South Haven, where they have since resided. Together they have raised their three children and spoiled their grandchildren and great grandchildren. She was a wonderful cook, baker and had canned and made many wonderful jams from the fruits and vegetables from her farm. She enjoyed watching the birds and the natural beauty around her. She loved her family, grandchildren and great grandchildren dearly and was very proud every single one of them. She was handy at crafts and had crocheted many items over the years. Joyce loved babies and children no matter who they belonged to. She had babysat several of her nieces and nephews over the years. She loved to have her nails and hair done and enjoyed many hours shopping with her daughters. She was a member of the Red Hats, and the Kingston Lions Club. Joyce was always a giver and had a great sense of humor, often giving goofy gifts to her family and friends. She was never too busy to take some time to sit down and have a conversation with family, friends or someone she had just met. Joyce will be missed by her family and her many friends. Joyce is survived by her husband, Gerald Peikert of South Haven, daughters, Kristine (Richard) Peikert Elliott of Waite Park, Pam Peikert of Annandale, and Amy Peikert Nordstrom of South Haven, four grandchildren, Cecilia (Jaibyne Braatz) Nordstrom, Tarren (Bethany Grangroth) Nordstrom , Abigail Nordstrom, and Jordan Nordstrom , three great grandchildren, Haylin Nordstrom and Mavis Braatz and Cormick Braatz, siblings, Mildred Neitzel of Litchfield and Carroll (Carol) Nelson and a sister in law, Darlene Nelson of Victoria. She is also survived by several nieces, nephews and other relatives. She was preceded in death by her parents, Carl and Henrietta Nelson, three grandchildren, twin infant babies, Breanne and Kyle and an infant baby girl, Paige, siblings, Dorothy Nelson and her husband, Harry, Margie Dvorak and her husband, Ray, Maxine Kahler and her husband, Bruce, Arthur Nelson and a brother in law, John Neitzel.

Joyce Peikert, age 73, of South Haven, died Monday, March 27, 2017, at the Buffalo Hospital. A funeral service will be held at 11:00 a.m. on Saturday, April 1, 2017, at the Gethsemane Lutheran Church in Dassel with the Rev. Carolyn Pflibsen... View Obituary & Service Information

The family of Joyce Elizabeth Peikert created this Life Tributes page to make it easy to share your memories.

Send flowers to the Peikert family.