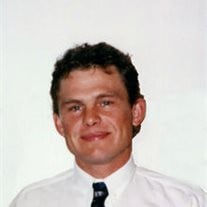 Jon Elliot Helmbrecht, age 54, of Hutchinson, died Monday, January 2, 2017, at his residence in Hutchinson. A memorial service will be held on Saturday, January 14, 2017, at 11:00 a.m. at Faith Lutheran Church in Hutchinson with Pastor Dave Wollan officiating. The Johnson Funeral Home in Dassel is in charge of the memorial arrangements. Jon Helmbrecht, son of Mick and Diane (Isaacson) Helmbrecht, was born on September 7, 1962, in Litchfield, Minnesota. Jon was baptized and confirmed in his faith and was a member at Faith Lutheran Church in Hutchinson at the time of his death. He graduated from Hutchinson High School in 1981. Jon learned carpentry skills from his father and upon graduating from high school he took up the carpentry trade. On June 20, 1987, Jon was united in marriage to Michelle Zeik at St. Anastasia Catholic Church in Hutchinson. Together they made their home in Hutchinson. Jon co-owned and operated Smith-Helmbrecht Construction for several years. He fondly recalls that during that time, he built his home, a home for his sister, and throughout Hutchinson built and remodeled many homes. He then took up a position as a Service Technician with the Hutchinson Telephone Company. Jon was later offered a job with Hutchinson Utilities where he worked as a Generator Mechanic. He enjoyed his job and the people he worked with. Jon was a quiet and caring man who loved his family deeply. He enjoyed fishing and was always one more cast away from reeling in his line for the day. He loved to hunt and was an avid bowhunter. He was always reading, studying and practicing to improve his hunting and fishing skills. There was always a time of year to enjoy outdoor activities and nature. He loved to relive the memories of hunting and fishing with his family and friends. He took great satisfaction in a job well done and always gave his best. Jon's actions spoke a thousand words and his love of family was held dear to his heart. Recently he spent two weeks with his AFS brother, Vin Goldsmith from Tasmania, Australia who came to bring Jon love and support. Jon is survived by his wife, Michelle Helmbrecht of Hutchinson. Children, Elliot Helmbrecht of Seattle, Washington, Austin Helmbrecht of Bismarck, North Dakota. Parents, Mick and Diane Helmbrecht of Hutchinson, siblings, Suzanne (Chris) Braun of Darwin, Scott (Rhonda) Helmbrecht of Hutchinson, and Jon's AFS brother, Vin (Jane) Goldsmith of Tasmania, Australia. Mother and Father-in-law Paul and MaryAnn Zeik. Jon is also survived by many Nieces, Nephews, Relatives and friends.

Jon Elliot Helmbrecht, age 54, of Hutchinson, died Monday, January 2, 2017, at his residence in Hutchinson. A memorial service will be held on Saturday, January 14, 2017, at 11:00 a.m. at Faith Lutheran Church in Hutchinson with Pastor Dave... View Obituary & Service Information

The family of Jon Elliot Helmbrecht created this Life Tributes page to make it easy to share your memories.

Send flowers to the Helmbrecht family.