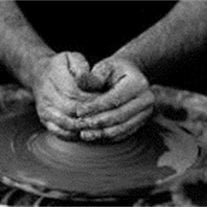 John Olson Life Story: John Thomas Olson was born January 17, 1948 in Minneapolis, the youngest son of three boys. His parents Al and Virginia Olson, step mother Margaret Olson and oldest brother Dick Olson preceded John in death. Brother Robert Olson and his wife Susan live in Brainerd, Minnesota. John graduated from Edina High School in 1966. He earned a Bachelor's Degree in Art Education at St. Cloud State University and his Master's Degree in Art Education from the University of Minnesota. John met his wife Kay during their freshman orientation at St. Cloud State. That night as he walked Kay to her dorm he said, "You are the girl I am going to marry". After that evening, Kay tried to avoid him, but he found a way to see her. When he called to ask her to meet him at the student union to sew a button on his shirt, she gladly agreed. Soon John needed buttons sewn on shirts quite regularly. He later confessed that he had been ripping the buttons off of his clothes because seeing Kay was such a treat. Soon, he visited Kay's family in Faribault and ate a big plate of Skip's pork chops. This sweet young man won not only Kay's heart but also the heart of her family. John and Kay were married at First English Lutheran Church in Faribault on June 20, 1970. Their marriage was blessed with a son, Christopher John Olson, who married his own sweetheart Cassie Jo Fredrickson in 2004. Their children, Ashlee Jo Olson, age 11, and Cameron Christopher Olson, age 9, instantly became the joy of John and Kay's lives. John's artistic talents and love of teaching made a perfect match. In 34 years of teaching art in the Mounds View School District, he motivated and influenced countless students to love art and learning. He was a mentor to young teachers and a lifelong learner himself. His original pottery creations remain family favorites and were featured in the Uptown Art Fair as well as several Minnesota galleries. John loved creating Raku pottery pieces that often featured leaf designs. His woodcuts and turpentine resist paintings showcased his knowledge and love of Minnesota birds. John's Christian faith deepened through the years. He knew and loved the Lord as his personal savior. He shared his faith with others as a Stephen Ministry Leader, an active member of Cursillo, a group leader in the Colonial Church of Edina's job transition program, and he was a regular usher and communion server at church. He studied the Bible and prayed with fellow teachers weekly. During John's years at The Lakeview Ranch, Pastor Keith and other members of the Church visited each month, lifting up God's Grace and serving communion, blessed food for John's journey. During his long illness, John remained John, child of God, created in God's own image, and held in the palm of God's own hand. John was an avid vegetable gardener and known for planting sun flowers every year. He loved hunting, fishing, camping, feeding the backyard birds, golfing, spending time with family and friends.

The family of John Thomas Olson created this Life Tributes page to make it easy to share your memories.

Send flowers to the Olson family.