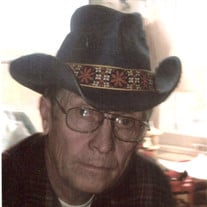 John Thomas DeLare, age 73, of Dassel, died Sunday, September 9, 2018, at the Augustana Lakeside Health Care Center. A funeral service will be held on Thursday, September 13, 2018, at 11:00 a.m. at the Evangelical Covenant Church with Rev. Darren Olson officiating. Interment will be held at Fort Snelling National Cemetery in Minneapolis on Friday at 12:45pm. There will be a visitation on Wednesday evening from 4:00 p.m. to 7:00 p.m. at the Johnson Funeral Home in Dassel with a one-hour visitation prior to the service on Thursday at the Evangelical Covenant Church in Dassel. John Thomas DeLare, the son of Eugene “Bud” and Hilja (Salmela) DeLare, was born on December 6, 1944, in Minneapolis, Minnesota. He was baptized and confirmed in the Christian faith and was a member of the Evangelical Covenant Church in Dassel. John graduated from the Kimball High School. John was inducted into the United States Airforce on May 13, 1963 and served until April 11, 1967. He had served in Panama as an airplane mechanic. On May 8, 1987, John was united in marriage to Mary Beth Cruser in Litchfield, Minnesota. Together they made their home in rural Dassel. John worked hard and had been employed as a truck driver, mechanic, farmer, and custom combine for Dennis Ashwill for several years. He had been working for Walmart as an overnight maintenance worker until he retired in 2007. John had a dry sense of humor and enjoyed spending time with his family and his many friends. He was a man of faith who read his bible frequently. He loved to get together with his family for holidays and special events. He enjoyed meeting people and talking about his life and telling stories. He could often be found reading old western books. He had spent many years working with Dennis custom combining and traveling around the United States. He is survived by his wife, MaryBeth DeLare of Litchfield, children, Amanda (Dustin) Darwin of Dassel, Justin DeLare of Litchfield, Eric DeLare of Litchfield, and Kayla DeLare of Litchfield, eight grandchildren, Delilah, Daniel, Evan, Elizabeth, Joshua, Emily, Alexander, and Avery. He is also survived by his siblings, Jean (James) Jennings of Pensacola,Florida,Catherine Brunfelt of Virginia, Mary Jo (Kurt) Eisenach of International Falls, Patrick DeLare of New Ulm, and Helen (Roger) Mattila of Isle. He was preceded in death by his parents, and his brother, Richard

The family of John Thomas DeLare created this Life Tributes page to make it easy to share your memories.

Send flowers to the DeLare family.