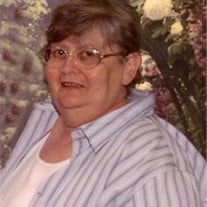 JoAnn Putzkey Walberg, age 75, of Litchfield, died Wednesday, February 8, 2017, at the St. Cloud Hospital. A funeral service will be held on Sunday, February 12, 2017, at 5:00 p.m. with a visitation from 3:00 to 5:00 p.m. at the Johnson Funeral Home in Dassel. The interment of the urn will take place at a later time at the Lake Union Cemetery in South Haven. JoAnn Putzkey Walberg, the daughter of Anthony and Josephine (Luke) Putzkey was born on July 7, 1941, in Long Prairie, Minnesota. JoAnn grew up in Long Prairie where she was baptized and later confirmed at St. Mary of Mount Carmel Catholic Church. JoAnn graduated from the Long Prairie High School in 1959 and continued her education by attending St. Cloud Nursing School. On April 8, 1961, JoAnn was united in marriage to Darrell Walberg in Blaine, Minnesota. Together they made their home in Minneapolis until 1968, when they moved to Cokato. In 1986, JoAnn and Darrell moved to Hutchinson where they resided until 2001, when they moved to Litchfield. JoAnn had been employed as a computer operator for ATT, along with several other professions over the years. JoAnn loved her family and especially spending time with her grandchildren and great grandchildren. She enjoyed gardening, baking, games, watching sports on the television, and had a great love for her two dogs. She is survived by her husband, Darrell Walberg of Litchfield, children, Daniel (Michelle) Walberg of Litchfield, Steven Walberg (Rhonda Taina) of Finley, North Dakota, Michael (Carol) Walberg of Becker, David (Janice) Walberg of Eau Claire, Wisconsin, and Dana (Marty) Koelln of Litchfield, nine grandchildren, Chastity Valvick, Chance Koelln, Cassandra Rogers, Clarissa Miller, Eric Walberg, Michael Nelson, Allison Walberg, Stephane "Bucky" Brown, and Troy Schulte, twelve great grandchildren, brother, Leo Putzkey of Long Prairie, and a family friend, Beckie Wimmer. She is also survived by many nieces, nephews, and other relatives. JoAnn was preceded in death by her parents, sister, Marie, brother-in-law, Conrad Brever, sister-in-law, Barb Putzkey, father-in-law, Russell Walberg, and mother-in-law, Ellen Mortenson.

The family of JoAnn Putzkey Walberg created this Life Tributes page to make it easy to share your memories.

Send flowers to the Walberg family.