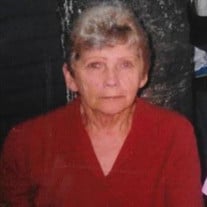 Janet Marcella Gustafson, age 87, of Kimball, died Tuesday, July 13, 2021, at her residence. A funeral service will be held on Monday, July 19, 2021, at 11:00 a.m. at the Johnson Funeral Home in Dassel with the Rev. Holly Holt-Woehl officiating. The interment will be held at the Lake Arvilla Cemetery following the service. A visitation will be held on Monday morning one hour prior to the service at the Johnson Funeral Home in Dassel. Janet Marcella (Leukuma) Gustafson, the daughter of Hjalmer and Greta (Tormanen) Leukuma, was born on January 12, 1934, in French Lake Township, Wright County, Minnesota. She grew up in the Knapp/Big Swan area, attended the Big Swan School and graduated from the Cokato High School in 1951. Janet moved to Minneapolis where she was employed by Vincent Brass & Copper and as a secretary for A. L. Stanchfield Incorporated for several years. On September 20, 1957, Janet was united in marriage to Kenneth Gustafson at the Finnish Apostolic Lutheran Church in rural Cokato. Together they made their home in Dassel until 1991, when they moved to their country home in rural Kimball. She had been employed for seasonal work at the Northland Canning Company and later Faribault Foods. She had also been employed for a while at J. D. Industries in Dassel. Janet loved her family deeply and cherished the times that they would visit and spend time together for holidays and special events. She enjoyed attending family picnics, watching the birds, playing marbles, garage sales and going to Bingo at the American Legion in Kingston. She will be missed by her friends and family. She is survived by her children, Tim (Kelly) Gustafson of Cokato, Mike (Christina) Gustafson of Kimball, Brenda Lee (Brian Good) of Hutchinson, and Jamie (Dorrie) Gustafson of Dassel, son-in-law, Mike Holmquist of Cokato, grandchildren Jeff Holmquist, Brent (Laura) Holmquist, Kris Lee, Rebecca (Scott) Niemela, Kathryn Gustafson, Dan Gustafson, Megan Gustafson, MaKayla Gustafson, MacKenzie Gustafson, Nicholas Gustafson, Madaline Gustafson, Emma Gustafson, Ethan Gustafson, Noah Gustafson, Jaxon Gustafson, Brandon (Kristen) Mathews, 14 great grandchildren, a brother Ray Leukuma of the Twin Cities, sister in-laws Joyce Johnson of Hutchinson and Margene Vap of Oklahoma. She is also survived by numerous nieces, nephews, and other relatives. She was preceded in death by her husband, Kenneth, parents, Hjalmer and Greta Leukuma, an infant son, and a daughter, Belinda Holmquist along with 15 siblings.

Janet Marcella Gustafson, age 87, of Kimball, died Tuesday, July 13, 2021, at her residence. A funeral service will be held on Monday, July 19, 2021, at 11:00 a.m. at the Johnson Funeral Home in Dassel with the Rev. Holly Holt-Woehl officiating.... View Obituary & Service Information

The family of Janet Marcella Gustafson created this Life Tributes page to make it easy to share your memories.

Send flowers to the Gustafson family.