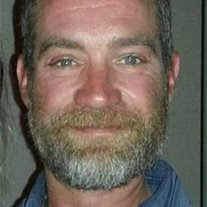 James Adrian Nordstrom, age 44 of South Haven, died Monday, February 22, 2016, at his residence. A memorial service will be held on Saturday, February 27, 2016, at 1:00 pm at the Johnson Funeral Home Chapel in Dassel. Fr. Joseph A. Steinbeisser will be officiating at the service. The interment of the urn will be held at a later date at the St Mary's Catholic Church Cemetery in Mora. There will be a visitation from 11:00 am to 1:00 pm prior to the service on Saturday at the Johnson Funeral Home in Dassel. James Adrian Nordstrom, the son of Robert and Marie (Marchessault) Nordstrom, was born on March 3, 1971, in Mora, Minnesota. James grew up in Mora, Minnesota where he was baptized and later confirmed in the Catholic faith. He enjoyed playing hockey, hunting fishing and motorcycling. James graduated from Mora High School in 1989, and then continued his education by attending St. Cloud Technical College for Drafting. On May 7, 1994, James was united in marriage to Amy Peikert at the Bethlehem Lutheran Church in Saint Cloud. Together they made their home in Saint Cloud until 1996, when they moved to a farm near South Haven. James was employed at Ailie Construction in Dassel for 20 years as a concrete finisher. He loved to spend time on the lake fishing, attending swappers meets, and golfing. He was a hardworking man who enjoyed doing things with his hands from making things out of wood to working on the farm. He enjoyed the time he could spend with his family and especially enjoyed his grandchildren. Jim also had a great sense of humor, always made you laugh and was very easy-going. He is survived by his wife, Amy Nordstrom of South Haven, children, Cecilia (Jaibyne Braatz) Nordstrom of Dassel, Tarren (Bethany Grangroth) Nordstrom of Washington, Abigail Nordstrom of South Haven, and Jordan Nordstrom of South Haven, two grandchildren, Haylin Nordstrom and Mavis Braatz and one expected grandchild, his mother, Marie Larson Nordstrom of Mora, eight siblings, Paul (Denise) Nordstrom of Mora, Mary (Joe) Gruber of Saint Paul, Cathy (Chuck) Cole of Mora, Joe (Susie) Nordstrom of Eden Prairie, Chuck (Ranel) Nordstrom of Savage, Suzy (Mike) Swedin of Milaca, Richard (Jackie) Nordstrom of Mora, and John (Shari) Nordstrom of Cold Spring. He is also survived by several nieces, nephews and other relatives. He was preceded in death by his twin infant babies, Breanne and Kyle and an infant baby girl, Paige, father Robert Nordstrom when he was four and his step-father, Roy Larson, paternal grandparents and maternal grandparents.

James Adrian Nordstrom, age 44 of South Haven, died Monday, February 22, 2016, at his residence. A memorial service will be held on Saturday, February 27, 2016, at 1:00 pm at the Johnson Funeral Home Chapel in Dassel. Fr. Joseph A. Steinbeisser... View Obituary & Service Information

The family of James Adrian Nordstrom created this Life Tributes page to make it easy to share your memories.

Send flowers to the Nordstrom family.