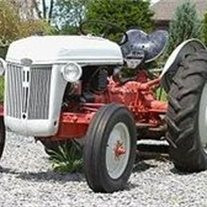 Howard Posusta, age 86, of Dassel, died Saturday, December 31, 2016. A funeral service will be held on Wednesday, January 4, 2017, at 11:00 a.m. at the Gethsemane Lutheran Church in Dassel with the Rev. Daniel Belgum-Blad officiating. The interment will be held at the Steelesville Cemetery in rural Dassel. There will be a visitation Tuesday evening from 4:00 p.m. to 7:00 p.m. at the Johnson Funeral Home in Dassel. A visitation will be held one hour prior to the service at the Gethsemane Lutheran Church on Wednesday Morning. Albin Howard Posusta, the son of Albin and Lillian (Tlustosh) Posusta, was born on December 15, 1930, in Silver Lake, Minnesota. He grew up in the Glencoe - Silver Lake area where he attended district schooling for his education. He was baptized and later confirmed in the Presbyterian faith. Howard served his country in the United States Army and upon his discharge returned to the Glencoe-Silver Lake area where he helped on the family farm. On June 23, 1955, Howard was united in marriage to Leatrice Lillian Pulkrabek at the Congregational Church in Glencoe by the Rev. Happel. Together they made their home in the Glencoe – Silver Lake area until 1969, when they moved to the Dassel area. He had been employed as a construction worker for numerous years with Adolfson – Peterson Construction out of Minneapolis. Howard was a hard worker. He liked to keep busy with mowing the lawn, doing miscellaneous tasks with his Ford tractor and helping friends and family when he could. He could fix almost anything. He had many skills such as concrete work, woodworking, meat processing and more. He loved his grandchildren and family. Howard enjoyed spending time with friends over a cup of coffee and shaking dice at Third Street Café. He is survived by his children Terri Posusta of Dassel, Todd Posusta of Dassel, and Traci Posusta of Medina; grandchildren Skylar Posusta-Chrast, Michael Posusta-Chrast, Blair Posusta and Chad Posusta. He was preceded in death by his wife, Leatrice, parents, and siblings, Marlys Marshall, Gerald Posusta, and Robert Posusta.

Howard Posusta, age 86, of Dassel, died Saturday, December 31, 2016. A funeral service will be held on Wednesday, January 4, 2017, at 11:00 a.m. at the Gethsemane Lutheran Church in Dassel with the Rev. Daniel Belgum-Blad officiating. The interment... View Obituary & Service Information

The family of Howard Posusta created this Life Tributes page to make it easy to share your memories.

Send flowers to the Posusta family.