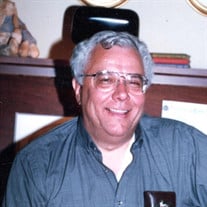 Henry William “Bill” Strandquist, age 84, of Dassel, died Thursday, January 14, 2021, at his residence. A private family service was held at the Gethsemane Lutheran Church in Dassel. A celebration of Bill’s Life will be held later this summer to remember and pay tribute to a wonderful man. The Johnson Funeral Home in Dassel is in charge of the service arrangements. in lieu of flowers please send donations to American Cancer Society. Henry William “Bill” Strandquist, the son of Henry and Gladys (Holmgren) Strandquist, was born on September 26, 1936, in Watertown, Minnesota. Bill was baptized and confirmed at the Trinity Lutheran Church in Watertown. He grew up and graduated from Watertown High School in 1954, he then attended the University of Minnesota. On August 16, 1955, Bill was inducted into the United States Army and served until June 20, 1957. On February 11, 1961, Bill was united in marriage to Gloria Kading in Casey, Iowa. Together they made their home in the Minneapolis area where Bill was employed at the Northwestern National Bank for several years before accepting a position at the Fridley State Bank. He later was employed by the American State Bank in Edina and Shelard National Bank in Saint Louis Park. He started as a bank teller and worked his way up to being a loan officer. Bill sought new opportunities to own and operate his own business and in 1987, purchased Reds Family Restaurant in Howard Lake, Minnesota. Bill and Gloria moved to a home on the shores of Spring Lake near Dassel, Minnesota. Together Bill and Gloria worked the restaurant where they made many acquaintances and mentored many young teenagers, teaching them how to work and manage time. Upon selling the restaurant, Bill was employed by Keaveny Drug delivering medication three days a week to shut-ins and individuals unable to come to the pharmacy. Bill also worked as a driver for Shepherd Acres in Cokato driving special need adults to their jobs. For several years Bill worked as a driver at the Village Ranch in Cokato. He cared for and looked after everyone who came within his circle of friends and acquaintances. He loved to talk to people and at the restaurant always had a friendly welcome waiting for everyone who entered his restaurant. He was an avid outdoorsman who enjoyed hunting, pheasants, ducks and geese, ice fishing and could often be found out on the water during the summer baiting a hook. He loved his family deeply. He enjoyed attending his grandchildren’s school performances and sporting events. He will be missed by his family and many friends. He is survived by his wife, Gloria Strandquist of Dassel, children, Douglas Strandquist of St. Paul, Brad (Lisa) Strandquist of Brooklyn Park, and Beth (Steve) Knudsen of Rogers, six grandchildren, Kathryn (Tanner) Jackson, Olivia Strandquist, Joseph Strandquist, Dane Knudsen, Samuel Knudsen, and Thomas Knudsen, two sisters, Betty (Robert) Van Tassel of Sanibel, Florida, and Jane Pysick and, James Morrow of Watertown. He was preceded in death by his parents.

Henry William &#8220;Bill&#8221; Strandquist, age 84, of Dassel, died Thursday, January 14, 2021, at his residence. A private family service was held at the Gethsemane Lutheran Church in Dassel. A celebration of Bill&#8217;s Life will be held... View Obituary & Service Information

The family of Henry William "Bill" Strandquist created this Life Tributes page to make it easy to share your memories.

Send flowers to the Strandquist family.