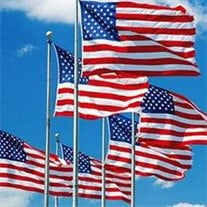 Harlin Elvin Schow, age 84, of Dassel, died Tuesday, September 8, 2015, at the Augustana Lakeside Community Health Care Center of Dassel. A funeral service will be held at 10:30 a.m. on Saturday, September 12, 2015, at the Gethsemane Lutheran Church in Dassel with the Rev. Carolyn Pflibsen officiating. The interment will be held at the Bricelyn Community Cemetery in Bricelyn, Minnesota. A visitation will be held one hour prior to the service on Saturday at the Gethsemane Lutheran Church in Dassel. Military Honors will be conducted by the Paul F. Dille American Legion Post of Dassel. Funeral arrangements are being handled by the Johnson Funeral Home in Dassel. Harlin Elvin Schow, the son of Henry Albert and Edna Luava (Hunnicutt) Schow, was born on June 13, 1931, in Bricelyn, Minnesota. Harlin grew up in Bricelyn where he attended school and was baptized and confirmed in the Christian faith and was presently a member of Gethsemane Lutheran Church in Dassel. Harlin served his country in the United States Army during the Korean War. On September 23, 1952, Harlin was united in marriage to Margaret Johnson in Arkansas. Together they made their home at Fort Bragg, North Carolina. After serving his country in the United States Army, Harlin and Margaret moved back to Bricelyn, where Harlin worked construction. They then moved to Albert Lea here Harlin was employed as a welder for Olson Manufacturing. Together they moved to Joliet, Illinois, where he worked for Sperry-New Holland in the Service Department. He was transferred to Winchester, Kentucky; He was promoted to a service manager and transferred back to Joliet, Illinois. In 1985, Harlin retired and in 1990 moved to Lake Washington near Dassel, Minnesota. Together they made their home on Lake Washington until they moved into Dassel. Harlin is survived by his wife, Margaret Schow of Dassel, children, Mark (Kathy) Schow of Joliet, Ill, and Susan (James) Moll of Wells, MN, five grandchildren, Josh (Jamie) Schow, Stephanie (Chris) Congelose, Andrew (Barb) Moll, Anna (Peter) Johanson, and Michael Moll, eleven great grandchildren, and two sisters, Evelyn Spielman of Albert Lea, and Beverly (Alton) Oakland of Albert Lea. He was preceded in death by his parents, his brothers, Vincent Hunnicutt, Merlin Schow, Dean Schow as a toddler, and an infant brother.

The family of Harlin Elvin Schow created this Life Tributes page to make it easy to share your memories.

Send flowers to the Schow family.