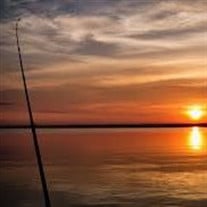 Greg Allan Jensen, age 56, of Corvuso, died Sunday, May 13, 2018, at his home. A memorial service will be held on June 1st at 11:00am at Faith Lutheran Church in Hutchinson. The interment of the urn will be held at a later date. There will be a one-hour visitation prior to the service at Faith Lutheran Church in Hutchinson. Greg Allan Jensen the son of Lowell and Carol (Jacobsen) Jensen/Otto was born on July 30, 1961, in Springfield, Minnesota. He grew up in Springfield where he attended elementary until the age of nine when his family moved to Hutchinson, where in 1979 he graduated from the Hutchinson High School. Greg was baptized and confirmed in the Lutheran faith and was a member of Faith Lutheran Church in Hutchinson. In February of 1986, Greg was united in marriage to Denise Elaine Lewerenz at the Faith Lutheran Church in Hutchinson. Together they made their home in Hutchinson. Greg was employed as a truck driver for many years before being employed in quality control at Hutchinson Technology for twenty years and had even traveled to Thailand in 2014 for work. He moved to Corvuso, where he has since made his home. Greg loved to spend time woodworking, riding motorcycle, fishing, and deer hunting. He was a marvelous cook who wasn’t afraid to try new recipes or new food. He enjoyed camping and had spent many weekends at pioneer historical reenactments. He was a member of the South Fork Renegades. He loved his granddaughter with his whole heart and was looking forward to celebrating her birthday. He is survived by his daughter, Amber Jensen (Trevor Burkholder) of Hutchinson, granddaughter, Thea Burkholder of Hutchinson, mother, Carol Jensen Otto of Hutchinson, siblings, David Jensen of Hutchinson and Debbie (Dale) Crosby of Maplewood, step-brother, Darrold Otto of Stewart, two nieces, six nephews, with five great nieces and one great nephew. He was preceded in death by his father, Lowell Jensen, step-father, Arthur Otto, paternal and maternal grandparents, sister in law, Kay Jensen.

Greg Allan Jensen, age 56, of Corvuso, died Sunday, May 13, 2018, at his home. A memorial service will be held on June 1st at 11:00am at Faith Lutheran Church in Hutchinson. The interment of the urn will be held at a later date.... View Obituary & Service Information

The family of Greg Allan Jensen created this Life Tributes page to make it easy to share your memories.