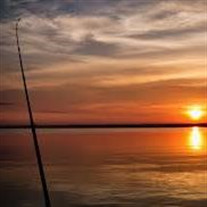 Gary LeRoy Bye, age 78, of Dassel, died Sunday, July 28, 2019, at his home in Dassel. A memorial service will be held Wednesday, August 7, 2019, at 1pm, at the Gethsemane Lutheran Church with Pastor Laurie O’Shea officiating. A time to gather will be held one hour prior to the service at the Gethsemane Lutheran Church in Dassel. Gary LeRoy Bye, the son of Carl A. and Lulu June (Moehn) Bye was born on October 19, 1940, in Chisholm, Minnesota. He grew up in the Hibbing area where he was baptized and confirmed in the Christian faith. On October 28, 1960, Gary was united in marriage to Darlene Buchwitz at the Grace Lutheran Church in Hibbing. Together they made their home in the Minneapolis area, moving to Hibbing in 1963. Gary and Darlene moved to Dassel in 1982, where they have since made their home. Together they raised three sons. He enjoyed spending time hunting, camping and fishing. He had traveled several times to Canada to go fishing and camping. Gary had also traveled to the Gulf of Mexico to go deep-sea fishing. He loved to spend time with his family for special holidays and events. He was one of the first to lend a helping hand when his family needed help with chores or a hand in any way possible. He could often be found having coffee with his friends or spending time watching people. He was a talented woodworker and had spent many hours finishing projects for his family and friends. He is also survived by many nieces, nephews and other relatives. He is survived by his wife, Darlene Bye of Dassel, Gary “Putz” (Tina) Bye Jr. of Hibbing, Jeffrey (Lynette) Bye of Cokato and Kevin Bye of Dassel, six grandchildren, Justin Bye, Kayla Bye, Corey Bye, Kris Bye, Nickolaus Bye, and Mercedez Bye, two great grandchildren, Leland Bye and Nikolai Bye, four siblings, Richard (Donna) Bye of Otsego, Kenneth Bye of Hibbing, Theodore (Becky) Bye of Savage, and June Bye of Duluth. He was preceded in death by his son, Craig Bye, his parents, Carl and Lulu June Bye and two brothers, Carl Bye Jr. and Clarence “Butch” Bye.

The family of Gary LeRoy Bye created this Life Tributes page to make it easy to share your memories.

Send flowers to the Bye family.