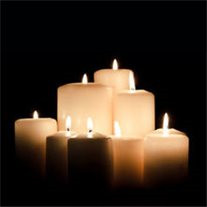 Fern Doris Frank, of Hutchinson, died Saturday at the Harmony River Living Center in Hutchinson. A memorial service will be held on Wednesday (9-19-2012) at 2:00 p.m. at Peace Lutheran Church in Hutchinson with the Rev. Gerhard Bode officiating. Interment of the urn will be held at the Peace Lutheran Cemetery following the service. A time to gather with family will be held one hour prior to the service at the Peace Lutheran Church in Hutchinson. Memorial arrangements are being handled by the Johnson Funeral Home in Dassel. Fern Doris (Jenson) Frank, the daughter of Simon and Alma (Johnson) Jenson, was born on June 2, 1926, in Woodworth, North Dakota. Fern grew up in the Woodworth area after graduating from the Woodworth High School and then spent a year studying at the Jamestown College. Fern was baptized and confirmed in the Christian faith and was presently a member of Peace Lutheran Church in Hutchinson, where she had been active in Dorcas Club. In 1945, Fern was united in marriage to Gordon Frank in Woodworth, North Dakota. Together they made their home in Buffalo Lake where they lived until 1949, when they moved to Hutchinson where she has since resided. She was an active volunteer at the Hutchinson Hospital Auxiliary and had worked many hours at the thrift shop. In 1999 she was Hutchinson's Woman of the Year. She loved music and playing Bridge, Scrabble, and doing crossword puzzles. Fern was a wonderful cook and when she was young she had been a cook shack cook for a construction crew in North Dakota. She loved to spend time with her family and especially enjoyed her grandchildren. Some of Fern's favorite times were spent at the cabin on Lake Manuella. She will be deeply missed by her family and her friends. Fern is survived by her children, David (Virginia) Frank of Kingsport, TN, Linda (Richard) Bovy of Minnetonka, Julie Young of Davis, CA, Abby Dahlquist of Hutchinson, Thomas (Barbara) of Orono, and Gordon (Carmen) Frank of Hutchinson, ten grandchildren, and two great grandchildren, siblings, Omar Jenson of Buffalo, NY, Sandra (Ed) Hammer of Nashville, TN. She was preceded in death by her husband, Gordon, and her parents.

Fern Doris Frank, of Hutchinson, died Saturday at the Harmony River Living Center in Hutchinson. A memorial service will be held on Wednesday (9-19-2012) at 2:00 p.m. at Peace Lutheran Church in Hutchinson with the Rev. Gerhard Bode officiating.... View Obituary & Service Information

The family of Fern Doris Frank created this Life Tributes page to make it easy to share your memories.

Fern Doris Frank, of Hutchinson, died Saturday at the Harmony...

Send flowers to the Frank family.