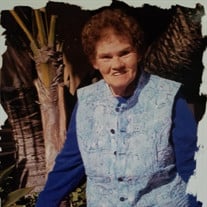 Elaine Melva Rarer, age 83, of Dassel, died Friday, April 16, 2021. A funeral service will be held on Saturday, April 24, 2021, at 11:00 a.m. at the Gethsemane Lutheran Church with Rev. Hollie Holt-Woehl officiating. Interment of the urn will be held at the Dassel Community Cemetery in Dassel following the service. There will be a one-hour time to gather with the family prior to the service at the Gethsemane Lutheran Church on Saturday. For those who wish to attend the service we ask that masks and social distancing be observed. Elaine Melva (Knutson) Rarer, the daughter of Charles and Nora (Brown) Knutson was born on June 18, 1937, in Kingston Township, Meeker County, Minnesota. Her family moved to Crosby Ironton when she was a young child where she grew up and graduated from the Crosby Ironton High School in June of 1955. Together the family moved to Pequot Lakes where she resided for a few years. Elaine was baptized as an adult and was a member of Gethsemane Lutheran Church at the time of her death. On November 1, 1958, Elaine was united in marriage at the Holy Cross Lutheran Church Parsonage in Bordentown, New Jersey. Together they made their home wherever Walter was stationed while in the Navy. They had lived in New Jersey, Rhode Island, Hawaii, California, and in 1970, moved back to Dassel where she has since resided. Elaine was employed at Miller Manufacturing where she retired after thirty years of faithful employment on June 18, 2002. Elaine enjoyed bowling and was a member of the American Bowling Congress. She enjoyed sewing, she had made many of her children’s clothing. She was a member of the quilting group and unit at Gethsemane Lutheran Church, Hobby Club of Dassel, she collected dolls, loved putting together puzzles, and going to garage sales and auctions. She loved to listen to classic country and bluegrass music. She could often be found fishing or attending to her tiger lilies in her flower garden. Holidays were important to her, especially attending sunrise Easter services at Gethsemane Lutheran Church. She had started a Take Off Pounds Sensibly (TOPS) group in Dassel and was a KOPS (Keep Off Pounds Sensibly) member. She loved her family deeply and each one of her grandchildren and great grandchildren were held close to her heart. She is survived by her daughter, Sandra (Timothy) Benoit of Dassel, seven grandchildren, Nicole (Randy) Moe, Cory Brandel, Katie Beckman, Marcus (Amy) Benoit, Melissa (Trevor) Goulet, Amanda Benoit, and Michael Rarer, six great grandchildren, Cain Savoie, Caleb Savoie, Clara Elaine Brandel, Chase Brandel, Regan Goulet, and Taylor Goulet, step great grandchildren Jeff Moe, Clay Moe, sisters-in-law, Paulette Knutson and Jean Rarer. She is also survived by several nieces, nephews, and other relatives. She was preceded in death by her infant son, James Timothy Rarer, daughters, Dawn Rarer on July 27, 1990, Yvonne Brandel on September 20, 2012, Barb Rarer on November 4, 2020, her ex-husband, Walter Rarer on March 17, 2021, her parents, Charles and Nora Knutson, two brothers, Norton Knutson, and Joseph Knutson along with her sister-in-law, Carol Knutson.

Elaine Melva Rarer, age 83, of Dassel, died Friday, April 16, 2021. A funeral service will be held on Saturday, April 24, 2021, at 11:00 a.m. at the Gethsemane Lutheran Church with Rev. Hollie Holt-Woehl officiating. Interment of the urn will... View Obituary & Service Information

The family of Elaine Melva Rarer created this Life Tributes page to make it easy to share your memories.

Send flowers to the Rarer family.