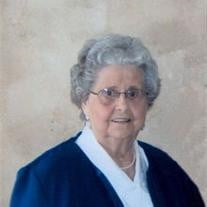 Dorothy Josephine Nordberg, age 89, of Dassel, died Wednesday, September 19, 2012, at the Augustana Lakeside Health Care Center of Dassel. A funeral service will be held on Saturday (September 22, 2012) at 4:00 p.m. at the Evangelical Covenant Church in Dassel with Rev. Keith Carlson officiating, interment at the Dassel Community Cemetery. A visitation will be held from 5:00 p.m. to 8:00 p.m. on Friday at the Johnson Funeral Home in Dassel and one hour prior to the services at the church on Saturday. Dorothy Josephine Nordberg, the daughter of Henry & Hilma (Nygren) Lee, was born on February 8, 1923, in the Beckville area, Meeker County, Minnesota. She grew up in the Beckville area where she attended district schooling for her education. Dorothy was baptized and confirmed at Beckville Lutheran Church and was presently a member of the Evangelical Covenant Church in Dassel. She had been active in the Covenant Women's Ministries, serving groups, and was a member of the Missionary Sewing Committee. Dorothy was united in marriage to Willard Ernest Nordberg on April 4, 1942, at her parent's home south of Litchfield in Greenleaf Township. Together they purchased Willard's parents farm and resided their until Willard's death on October 1, 2010. After Willard's death Dorothy moved to the Augustana Lakeside Health Care Center of Dassel and has resided there for the past two years. She had been employed by Northland Canning Company in Cokato, Litchfield Produce, Land O Nod in Cokato, Miller Manufacturing in Dassel, Finger Hut in Litchfield, JD Manufacturing in Dassel, and Richwell Furniture in Cokato, where she retired from in 1985. Dorothy could often be found in her garden taking care of her vegetables and flowers. She was a wonderful cook and loved to bake for her family and friends. She enjoyed needle point, sewing and reading. She had been a member of the Birthday Club, Red Hat Club, and the Meeker County Home Extension. She would often help Willard on the farm and brought him coffee and lunch when he was in the field. She is survived by her children, Janet Midtling of Cokato, Howard (Linda) Nordberg of Dassel, Leon (Lisa) Nordberg of Dassel, Nancy (Alan) Olson of Dassel, and a daughter-in-law, Penny Jessop of Frazee, 18 grandchildren, 33 great grandchildren, and 10 great great grandchildren, brother, Kenneth (Loretta) Lee of Winsted, and a sister-in-law, Sally Lee of Litchfield. She was preceded in death by her husband, Willard, infant son Douglas, son Dennis, parents, and siblings, Marian Provencher, Raymond Lee, Milton Lee and Linnea Rick.

The family of Dorothy Nordberg created this Life Tributes page to make it easy to share your memories.

Send flowers to the Nordberg family.