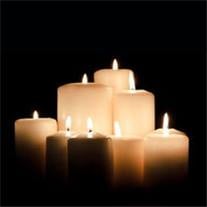 Delores Anderson, age 82, of Dassel, died Wednesday, May 30, 2012, at the Abbott Northwestern Hospital in Minneapolis. A memorial service will be held on Tuesday, June 5th, 2012, at 11:00 a.m. at the Gethsemane Lutheran Church in Dassel with the Rev. Steven Olson and Rev. John Peterson officiating. Interment of the urn will take place at the Dassel Community Cemetery following the service. A time to gather with the family will be held on Monday evening from 5:00 p.m. to 8:00 p.m. at the Johnson Funeral Home in Dassel and one hour prior to the service at the church on Tuesday. Delores Corrine (Fortney) Anderson, the daughter of Nordahl and Margaret (Dalene) Fortney, was born on January 31, 1930, in Bowdon, North Dakota. She grew up on the family farm and went to country school near Bowdon; she then attended school in Heaton, North Dakota before attending and graduating from the Fessenden High School in 1947. She would have celebrated her Fessenden High School 65th class reunion this summer. After high school Delores attended Concordia College in Moorhead and graduated in 1951. After graduating from college, Delores was employed by the Dassel High School until 1953, when she moved to Le Sueur, Minnesota, where she taught until 1955. On June 26, 1955, Delores was united in marriage to Wilton Leroy Anderson in Bowdon, North Dakota. Together they made their home in Dassel where she continued to teach at the Dassel High School. Delores took some time off to take care of her family, but continued to work as a substitute teacher. In 1974, Delores worked as a Librarian at the Dassel Cokato School District and in 1980 was employed by the school district as a life science teacher. She retired from teaching in 1993. Delores enjoyed spending time with her family and was proud of her sons and grandsons accomplishments. As a people person she always had time to make a new friends and catch up with old friends. She also loved to do needle work, garden, make afghans or just sit for a little while and watch the geese nest in the pond outside her window. Delores will be missed by her family and her many friends. Delores is survived by her sons, Paul Anderson of Bedford, VI, and Steve Anderson of St. Cloud, two grandchildren, Nathan and Brandon Anderson, one sister, Arlen Busse of Henderson, sister-in-law, Bernice Schulz of Hutchinson and several nieces and nephews. She was preceded in death by her husband, Wilton, and her parents.

Delores Anderson, age 82, of Dassel, died Wednesday, May 30, 2012, at the Abbott Northwestern Hospital in Minneapolis. A memorial service will be held on Tuesday, June 5th, 2012, at 11:00 a.m. at the Gethsemane Lutheran Church in Dassel with... View Obituary & Service Information

The family of Delores Anderson created this Life Tributes page to make it easy to share your memories.