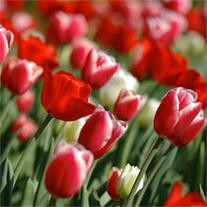 Delia Ida Nelson, age 100, of Dassel died, Friday, January 4, 2013, at the Hutchinson Hospital. A funeral service will be held 2:00 p.m. on Wednesday, January 9, 2013, at the Gethsemane Lutheran Church with the Rev. Steven Olson and Rev John Peterson officiating. The interment will be held at the Dassel Community Cemetery. A visitation will be held one hour prior to the service at the Gethsemane Lutheran Church on Wednesday. The Johnson Funeral Home in Dassel is in charge of the funeral arrangements. Delia Ida (Arnold) Nelson, the daughter of Joe and Francis (Berger) Arnold, was born on December 8, 1912, in Eden Valley, Minnesota. Delia grew up and attended district schooling in the Kingston area. She was baptized and confirmed in the Christian faith and was presently a member of the Gethsemane Lutheran Church at the time of her death. Delia was united in marriage to Myles Roland Nelson on March 12, 1932 at the Arnold family home in Kingston, Minnesota. Together they made their home in Amery, Wisconsin for a few years before they moved to Mendota Heights and then to Dassel, where Delia has since resided. For 20 years, she had been employed by 3M Manufacturing in Hutchinson. Together Myles and Delia celebrated 56 years of marriage. Delia was a wonderful cook, she enjoyed making the holiday meals, family get together's, and especially enjoyed the time that she could escape to the cabin up north. She was a wonderful mother, grandmother, great grandmother and great great grandmother and will be greatly missed. She is survived by her children, Pat Barritt of Crystal, Mary Jackson of Dassel, Joe Nelson of Dassel, Doris (Chester) Koser of Portland, Oregon, Lloyd Nelson of Dassel, Douglas (Muggs) Nelson of Dassel, and daughter-in-law, Gail Nelson of Darwin, 28 grandchildren, 58 great grandchildren, and 16 great great grandchildren. She was preceded in death by her husband, Myles on January 25, 1989, three children, Geraldine Jorges, Janet Koelln, and Jerome Nelson, two grandchildren, Greg Jackson, and Patti Jo Jackson, two great grandchildren, Joey Nelson, and Shannon Wojciak, parents, daughter-in-law, Lona Nelson, sons-in-law, Bill Barritt, and Dennis Jorges, siblings, Ernie Arnold, Norbert Arnold, Charles Arnold, Theodore Arnold, Lewis Arnold, Danny Arnold, David Arnold, Eleanor Heinrich, and Rose Weber.

Delia Ida Nelson, age 100, of Dassel died, Friday, January 4, 2013, at the Hutchinson Hospital. A funeral service will be held 2:00 p.m. on Wednesday, January 9, 2013, at the Gethsemane Lutheran Church with the Rev. Steven Olson and Rev John... View Obituary & Service Information

The family of Delia Nelson created this Life Tributes page to make it easy to share your memories.