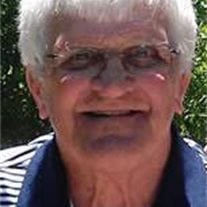 David Lorray Urness, age 76, of Waconia, died Monday, March 14, 2016, at the Ridgeview Medical Center in Waconia. A Celebration of Life will be held on Saturday, November 5, 2016, from 3:00 p.m. to 5:00 p.m. at the home of Lisa Urness, 8455 Gallery Parkway in Victoria, MN. David Lorray Urness, the son of Oliver and Myrtle (Wangen) Urness, was born on October 31, 1939 in Mahnomen, Minnesota. David graduated from Mahnomen High School and Moorhead State College. Upon graduating from college he moved to Dassel and was employed as a teacher and coach at Dassel High School and later Dassel Cokato High School. He also taught and coached in Red Lake Falls, MN and in Ada, MN. He loved to teach and coach kids both on and off the field and did so until his retirement. He is survived by his children, Lisa (Razvan Atanasiu) Urness of Victoria; Mari Pokornowski of Minneapolis; Lori (John) Wartman of Waconia; and David (Jennifer) Urness of Naples, Florida; his grandchildren Zachary (Karen), Alexander (Claire), Joseph, Charles, Samuel, Brient, and Isaac Pokornowski; Ryan and Jonathan Urness; his great grandchildren, nieces and nephew. He was preceded in death by his parents and two brothers, Duane and Douglas Urness. Johnson Funeral Home in Dassel is in charge of the memorial service arrangements. Cards may be sent to 8455 Gallery Parkway, Victoria, MN in care of Lisa Urness.

The family of David Lorray Urness created this Life Tributes page to make it easy to share your memories.

Send flowers to the Urness family.