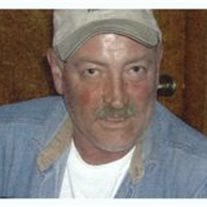 David Lloyd Reed, age 62, of Dassel, died Sunday, March 25, 2018, at his residence. A time to gather with the family will be held Wednesday, April 4, 2018, from 4:00 p.m. to 8:00 p.m. at the Johnson Funeral Home in Dassel. David Lloyd Reed, the son of Roy and Barbara (Anderson) Reed was born on April 1, 1955, in Tacoma, Washington. David was baptized and later confirmed in the Christian faith. He attended Dassel Cokato High School, graduated in 1973. David was united in marriage to Barb Libor December 25, 1994, on Christmas Day in Los Vegas, Nevada. Together they made their home in Dassel where David worked as a roofer and a contractor. He liked to golf, bowling, play horseshoes, fishing, and hunting. He loved animals and always had a pet around the house. He enjoyed going to the Renaissance Festival, and spending time at the cabin up north on Rush Lake. David was a proud of his grandchildren and enjoyed spending time with them. He had a green thumb and had many plants around the home. He is survived by his wife, Barb of Dassel, son, Jarrid Elliott of Minneapolis, step-daughters, Amanda (Richard) Olson of Isanti, Megan (Tyson) Wimmer of Dassel, three grandchildren, Christian Wimmer, Isaac Wimmer, and Kaija Olson, mother, Barbara Reed of Cokato, two brothers, Tim Reed of Garden Valley, Idaho; Kevin Reed of Cokato. He was preceded in death by his father, Roy Reed and his paternal and maternal grandparents.

The family of David Lloyd Reed created this Life Tributes page to make it easy to share your memories.

Send flowers to the Reed family.