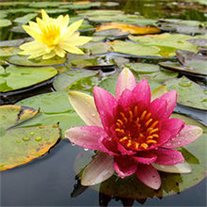 Daryl Marvin Johnson, age 73, of Darwin, died Thursday, November 3, 2016, at the Cokato Manor. A memorial service will be held on Saturday, November 12, 2016, at 11:00 a.m. at the Gethsemane Lutheran Church in Dassel with Rev. Carolyn Pflibsen officiating with the interment at the Steelville Cemetery in rural Dassel. There will be a time to gather with family on Friday evening from 5:00 p.m. to 8:00 p.m. and one hour prior to the service at Gethsemane Lutheran Church in Dassel. The Johnson Funeral Home in Dassel is in charge of the memorial arrangements. Daryl Marvin Johnson, the son of Marvin and Hazel (Nelson) Johnson was born on January 18, 1943, in Eau Claire, Wisconsin. Daryl grew up in the Eau Claire and graduated from Memorial High School in 1961. He then attended the University of Wisconsin in Eau Claire. Daryl was baptized and confirmed in the Christian faith and was a member of Gethsemane Lutheran Church at the time of his death. In 1964, Daryl moved to Hudson, Wisconsin where he was employed by the 3M Corporation in St. Paul. In 1971, Daryl was transferred to the Hutchinson 3M plant and had been employed by 3M for 37 ½ years. On May 8, 1971, Daryl was united in marriage to Susan Landgreen in Watertown, South Dakota. Together they made have made their home in the Darwin area. He was a very social person who enjoyed visiting with family and friends; he could strike up a conversation with anyone. He loved music, dancing, listening, singing, and had been a member of the Gethsemane Gents. Daryl was the consummate host who would always take care of everyone. He enjoyed lending a hand by volunteering with the Red Cross and had traveled to Houston in 2006 after Hurricane Rita and later traveled to San Diego after the California wild fires. He had traveled to numerous places around the country and often wintered in Arizona. They even traveled to Portugal, where they had taken a cruise to Venice and then took a train across the Alps. Daryl had a gentle heart and loved his family and friends with his whole soul. He is survived by wife, Susan of Darwin, children, John (Mary) Johnson of Mankato, Keith Johnson of Hutchinson, Christopher Johnson and (fiancé, Amber Ehoff) in Otsego and Sheri Johnson of Phoenix, Arizona, five grandchildren and one great grandchild, sister, Joyce Huggins of Eau Claire, Wisconsin, aunt, uncle, nieces, nephews, and cousins. He was preceded by his parents and grandparents.

Daryl Marvin Johnson, age 73, of Darwin, died Thursday, November 3, 2016, at the Cokato Manor. A memorial service will be held on Saturday, November 12, 2016, at 11:00 a.m. at the Gethsemane Lutheran Church in Dassel with Rev. Carolyn Pflibsen... View Obituary & Service Information

The family of Daryl Marvin Johnson created this Life Tributes page to make it easy to share your memories.