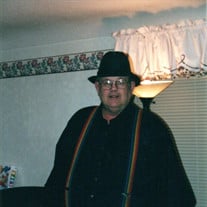 Dale Straub of Litchfield, formerly of Dassel, died Monday, April 15, 2019, at Meeker Manor in Litchfield. A memorial service will be held on Saturday, April 27, 2019, at 11:00 a.m. at Gethsemane Lutheran Church in Dassel with the Rev. Laurie O’Shea officiating. Interment of the urn will be at St. Paul’s Lutheran Cemetery in Lengby, Minnesota on a later date. A time to gather with the family will be one hour prior to the service at Gethsemane Lutheran Church on Saturday, April 27, 2019. The Johnson Funeral Home of Dassel is in charge of the memorial arrangements. Dale Keith Straub was born in Mahnomen, Minnesota on July 8, 1949 to John and Evelyn (Neubauer) Straub. He grew up in rural Lengby, Minnesota where he went to country school at Pine Bend and attended Mahnomen High School. Dale helped on the family farm until he moved to Moorhead, Minnesota. Dale moved to the Twin Cities where his brothers and sister lived. He moved to St. Cloud and was employed as a maintenance man at Midtown Mall. He really enjoyed the people he worked with and his job at Midtown Mall. From St. Cloud, Dale moved to Dassel to be near two of his siblings. He was employed by Benoit Auction Services and the Dassel Bakery. He volunteered at Again & Again Thrift Store in Dassel. He moved to Gloria Dei Manor in Litchfield. Later, when his health was failing, he moved to Meeker Manor. Dale was a very friendly person who always had time to visit with people or just lend a hand. He loved to play cards and took great pride in winning. He also was an avid Dominoes player. He had a talent to fix broken items. He enjoyed tinkering and fixing items for other people and had a knack for repairing vacuum cleaners.. He enjoyed cooking and would bring bread pudding for holidays and family functions. He is survived by his siblings, Bob Straub of Sauk Centre, Bill Straub of Dassel, Donna (Jim) Klein of Dassel and many nieces and nephews. He was preceded in death by his parents, John and Evelyn Straub and his brothers, Donald Straub, Richard Straub and an infant brother, Darryl Straub.

Dale Straub of Litchfield, formerly of Dassel, died Monday, April 15, 2019, at Meeker Manor in Litchfield. A memorial service will be held on Saturday, April 27, 2019, at 11:00 a.m. at Gethsemane Lutheran Church in Dassel with the Rev. Laurie... View Obituary & Service Information

The family of Dale Keith Straub created this Life Tributes page to make it easy to share your memories.

Send flowers to the Straub family.