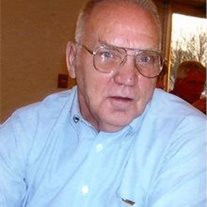 Dale Arden Patterson, age 75, of Dassel, died Wednesday, July 16, 2014, at the Augustana Lakeside Health Care Center of Dassel. A private interment service will be held at a later date. Dale Arden Patterson, the son of George W. and Agnes J. (Karels) Patterson, was born on June 6, 1939, at home in Grant Township, Kossuth Township, Iowa. Dale was baptized in 1950 and in 1952 was confirmed at the Methodist church in Delavan, Minnesota. Dale grew up and graduated from the Delavan High School in 1957. Upon graduating from high school he was inducted into the United States Navy and served from 1957 until 1969. Dale was united in marriage on January 24, 1967, to Shizue I. Eketoni at the United States Embassy in Tokyo, Japan. Together they made their home in California, Maryland, and moved back to Delavan, Minnesota in 1969, where they lived until 1988, when they moved to Dassel. Dale was employed by Goebel Fixture Company in Hutchinson in the Maintenance Department for 15 years. He was a lifetime member of the VFW Post #4580 in Wells, Minnesota and was also a member of the American Legion Post #486 in Delavan, Minnesota. He enjoyed spending time doing yard work and landscaping around his home. He was an avid reader and had an extensive library of reading material. He loved to tinker with electronics and especially enjoyed old radios and shortwave radios. He is survived by his wife, Shizue Patterson of Dassel, granddaughter, Alycia Johnson, three great grandchildren, Tessa, Zander, Elsy Johnson, brother, Edward (Janet) Patterson of Delavan, Minnesota, nephew, Gregory Patterson of Delavan, son-in-law, Dave Schuster of Delavan, Minnesota, niece, Shammarie Cummines of Bloomington, two great nieces and one great nephew. He is also survive by special friends, Hiroko and Mel Sailor of Spring Lake Park, Rachel and Joseph Latt of Dassel, Elaine and Dennis Ashburn of Dassel, and Mike and Beverly Sylvester of Dassel. He was preceded in death by his daughter, Kathleen Schuster on December 16, 1990, his father, George on April 12, 1980, and his mother, Agnes on July 21, 2013, and a brother, Phillip Patterson on October 21, 2013.

The family of Dale Arden Patterson created this Life Tributes page to make it easy to share your memories.

Send flowers to the Patterson family.