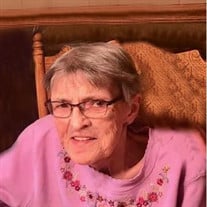 Carole Frances Berglund, age 73, of Dassel, died Thursday, June 7, 2018, at her residence. A Mass of Christian Burial will be held at 11:00 a.m. on Wednesday, June 13, 2018, at the St. John’s Catholic Church in Darwin with Father Brian Mandel officiating. Interment will be held at the St. John’s Catholic Church Cemetery following the service. There will be a visitation on Tuesday evening from 6:00 p.m. to 8:00 p.m. at the Johnson Funeral Home in Dassel and one hour prior to the service at the church on Wednesday. Carole Frances Berglund, the daughter of Ernest and Marie (Schnichels) Rohde was born on January 14, 1945, in Stewart, Minnesota. She grew up in Stewart until the family moved to Dassel where she graduated from the Dassel High School in 1962. On July 2, 1966, Carole was united in marriage to Dennis Robert Berglund at the St. Anastasia Catholic Church in Hutchinson. Together they lived in Hutchinson and Kingston before they moved to their Dassel home in 1975, where for the past 45 years they have resided. Carole was employed in factory work for most of her adult years, working at times for Green Giant, Tonka Toys, the Woolen Mills, and Fabritek / Ablecon. Carole enjoyed spending time with her family for holidays and special events. She was known for making the tastiest pickles around. She was a talented seamstress, enjoyed doing cross stitch, Sudoku, and word searches. Listening to old time country music, especially Johnny Cash, was one of her pastimes. She also had a lifelong love for "The Price is Right." She will be remembered as a jokester who loved "razzing" her family and friends. Carole is survived by her husband, Dennis Robert Berglund of Dassel, children, Dennis C. (Melonie Jensen) Berglund of Dassel, Christine M. (Terry Watts) Berglund of Colorado Springs, Colorado; and Cherie A. (Timothy) Henley of Colorado Springs, Colorado, five grandchildren, Ashley Berglund, Anastasia Berglund, Joseph Berglund, Angelina Berglund and Emily Henley, three step grandchildren, Ashley Jensen, Robert Jensen, and Johnathon Jensen, siblings, Dorothy (Roger) Johnson of Cokato, Shirley (James) Nelson of Watkins, Audrey (Paul) Grant of Rapid City, South Dakota, and Gerald (Sue Victorian) Rohde of Litchfield. She is also survived by her sister-in-law, Mary Rohde of Cold Spring. Carole was preceded in death by her parents, Ernest and Marie Rohde, an infant grandson, Joshua, and two brothers, James and Eugene Rohde.

The family of Carole Frances Berglund created this Life Tributes page to make it easy to share your memories.

Send flowers to the Berglund family.