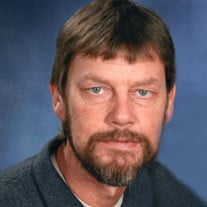 Bruce Edward Dagner, age 55, of Dassel, died Tuesday, July 17, 2018, at St. Cloud Hospital surrounded by his family. A funeral service will be held on Saturday, July 21, 2018, at 2:00 p.m. at Cokato Evangelical Lutheran Church with Pastor Tim Wheatley officiating. The interment will be held at the church cemetery following the service. A visitation will be one hour prior to the service at the Cokato Evangelical Lutheran Church. The Johnson Funeral Home in Dassel is in charge of the funeral arrangements. Bruce Edward Dagner, the son of Edward Dagner and JoAnn (Meierding) Kotval, was born on April 29, 1963, in Redwood Falls, Minnesota. He was baptized and confirmed at St. John’s Lutheran Church in Morgan. He graduated from Morgan High School in 1981. On June 14, 1989, Bruce was united in marriage to Sheila Nething in Nassau, Bahamas. Together, Bruce and Sheila made their home in Dassel with their children Sarah, Nick and Jim. Bruce was the owner/operator of B. Dagner Trucking for 15 years. He spent countless hours working on his semi, pickup, lawn mower and anything else that needed to be fixed. Bruce loved being outdoors. He enjoyed hunting, fishing, and cutting wood with his boys, and he took great pride in his lawn and garden. Bruce also loved spending time with his extended family. Especially when it was time to cheer on the Minnesota Vikings. One of Bruce’s favorite titles was Grandpa (Bumpa). He spent as much time as he could with his grandkids. His granddaughters will never forget how he would wait for the school bus with them in the morning and be there to meet them when they got home. Bruce was loved by his family and friends, and he will be deeply missed by everyone who knew him. Bruce is survived by his wife Sheila of Dassel, daughter Sarah (Josh) Moen of Dassel, sons Nick Dagner and Jim Dagner of Dassel, mother JoAnn Kotval of Morgan, step-mother Mary Dagner of Chanhassen, brother Don Dagner of Redwood Falls and grandchildren Isabelle, Gabrielle and Joshua. He is also survived by step-brothers Steve Prokosch of Chanhassen and Bruce Kotval of Shoreview; brothers-in-law Steve (Pat) Nething of Blaine, Mike (Iryna) Nething of Dassel, and Rol (Sam) Nething of Dassel; step-sisters Cathy (Bill) Dessert of Vandais Heights, Marlys (Curt) Carpenter of Marshall, and Tammy Rozell of Marshall; sisters-in-law Cheryl (Larry) Struck of Lafayette and Elena Dagner of Warsaw, Indiana; God-parents Don and Sandy Anderson of Sleepy Eye; and many uncles, aunts, nieces, nephews, cousins and friends. He was preceded in death by his father Edward Dagner, step-father Ken Kotval, brother Bill Dagner, sister Stacy Dagner, sister-in-law Suzanne Prokosch, paternal grandparents Charles and Dagmar Dagner, maternal grandparents Roland and Esther Meierding, and parents-in-law Herbert and Maejelle Nething.

The family of Bruce Edward Dagner created this Life Tributes page to make it easy to share your memories.

Send flowers to the Dagner family.