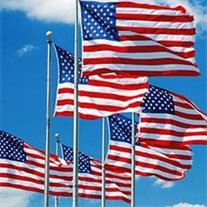 Bernard "Bernie" Franklin Peterson, age 87, of Dassel, died Sunday, June 14, 2015, at the Augustana Lakeside Health Care Center of Dassel. A funeral service will be held on Saturday, June 20, 2015, at 1:30 p.m. at the Gethsemane Lutheran Church in Dassel with Rev. Steven Olson officiating at the service. The interment will be held at Steelesville Cemetery following the service in rural Dassel. A visitation will be held one hour prior to the service on Saturday at the Gethsemane Lutheran Church in Dassel. Military Honors will be provided by the Paul F. Dille American Legion Post in Dassel. The Johnson Funeral Home in Dassel is in charge of the funeral arrangements. Bernard "Bernie" Franklin Peterson, the son of Herman and Ruth (Bollman) Peterson was born on October 29, 1927, on the family farm in Collinwood Township, Meeker County, Minnesota. Bernard grew up in the Dassel area and was baptized and confirmed at the Gethsemane Lutheran Church in Dassel. Bernard graduated from the Dassel High School in 1945. He served in the United States Army during peacetime after World War II and was stationed in the states. On September 3, 1949, Bernard was united in marriage to Yvonne Sjoquist at the Gethsemane Lutheran Church. Together they made their home on the Peterson family farm. To this marriage three children were born. On March 13, 1976, Bernard was united in marriage to Madrene (Fulkerson) Ramgren at the Gethsemane Lutheran Church in Dassel. Together they made their home in Dassel. Bernie farmed the family farm south of Dassel and worked at Pay-Co Seeds for 25 years full-time and was a part-time employee for 10 years. Bernie loved spending time with his family for holidays and special events. He often spent time taking care of his grandchildren and was always at his grandchildren's birthday parties. He enjoyed baseball, hunting, fishing, and ran a trap line for muskrats for many years. He is survived by his wife, Madrene Peterson of Dassel, children, Lee (Bernadette) Peterson of Darwin, and Lynn (Patrick) Noack of Eden Prairie, step-son, Scott (Jackie) Ramgren of Hutchinson, eight grandchildren, Leah Schroer, Andrea Meyer, Andrew Nagorski, Laura Nagorski, Jennifer Ramgren, Mitchell Ramgren, Erik Ramgren, and Ben Ramgren, five great grandchildren and a sister, Marie Rick Cottington of Litchfield. He was preceded in death by his son, Mark Peterson, great granddaughter, Lilly Howard, his parents, Herman and Ruth, and a brother, Karl Vincent Peterson.

The family of Bernard "Bernie" Franklin Peterson created this Life Tributes page to make it easy to share your memories.