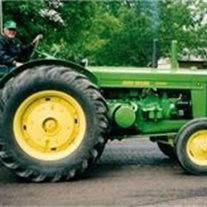 Arthur Edward Otto, age 74, of Hutchinson, died Saturday, October 19, 2013, at his home in Hutchinson. A funeral service will be held at 11:00 a.m. on Wednesday, October 23, 2013, at Faith Lutheran Church in Hutchinson. The interment will be held at Peace Lutheran Cemetery in Hutchinson. A visitation will be held on Tuesday, October 22, 2013, from 5:00 p.m. to 8:00 p.m. and one hour prior to the service on Wednesday at Faith Lutheran Church in Hutchinson. The Johnson Funeral Home in Dassel is in charge of the funeral arrangements. Arthur Edward Otto, the son of Alvin and Agnes (Streich) Otto, was born on October 31, 1938, on the family farm near Stewart. He grew up in the Stewart area where he attended district schooling for his education. Arthur was baptized and later confirmed in the Christian faith and was presently a member of Faith Lutheran Church in Hutchinson. On September 2, 1960, Arthur was united in marriage to Maxine Miller at the Peace Lutheran Church in Hutchinson. Together they made their home on the Otto family farm near Stewart. They were blessed with a son, Darrold. Maxine passed away in January of 1987. On November 26, 1988, Arthur was united in marriage to Carol Jacobsen at the Faith Lutheran Church in Hutchinson. Together they made their home on the family farm until June of 2012 when they moved to Hutchinson. He was an active farmer and farmed with his brother Alvin. He could be found milking cattle, tilling his fields, or hauling cattle and hogs in his cattle truck. He was an avid collector of John Deere tractors, was a member of the Two Cylinder Club, driving his John Deere tractors in many local parades. He had many cats and kittens around the farm, he even had a cat that rode around with him in his pickup wherever he went. He is survived by his wife, Carol Otto of Hutchinson, son, Darrold Otto of Stewart, siblings, Alvin (Catherine) Otto of Stewart, and Miriam (Lyle) Schmidt of Hutchinson. He is also survived by step-children, Greg Jensen of Corvuso, David Jensen of Hutchinson, and Debra (Dale) Crosby of Maplewood, nine grandchildren, Amber Jensen (fiance, Trevor Burkholder). Joe (Melanie) Kottke, Alex Crosby, Paul (Alicia) Jensen, Don (Liz) Crosby, Kelly Jensen, Amber (Ken) Stojevich, Sean Crosby, and Eric Crosby, four great grandchildren, Dakota Kottke, Jordan Kottke, Mckaela Jensen, and Thea Burkholder, two sisters in law, Barbara Anderson of Kasson, and Margie Knapp of Redwood Falls. He was preceded in death by his first wife, Maxine, parents, Alvin and Agnes Otto, daughter in law, Kay Jensen, and his paternal and maternal grandparents.

The family of Arthur Edward Otto created this Life Tributes page to make it easy to share your memories.

Send flowers to the Otto family.