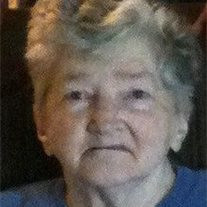 Alice Mae Finch age 90, of San Antonio, Texas, formerly of Dassel, Minnesota, died Monday, January 26, 2015, at St. Francis Nursing Home in San Antonio, Texas. A funeral service will be held on Thursday, February 5, 2015, at 11:00 a.m. at the Gethsemane Lutheran Church in Dassel with Rev. Steven Olson officiating. The interment will be held following the service at the Dassel Community Cemetery. A visitation will be held Wednesday evening at the Johnson Funeral home in Dassel from 4:00 p.m. to 7:00 p.m. and one hour prior to the service at the church on Thursday. Alice Mae (Stedman) Finch was born on June 21, 1924, in Minneapolis. Alice grew up in Minneapolis and graduated from Marshall High School. Alice was baptized and confirmed in the Christian faith and is presently a member of Gethsemane Lutheran Church in Dassel. On May 15, 1946, Alice was united in marriage to Clifford Finch in New Hampton, Iowa. Together they made their home in Minneapolis, Bloomington, and Bemidji before moving to Dassel. While they resided in Bemidji, Alice and Clifford owned and operated a resort. Alice was employed at Northwestern Airlines, Gambles Department Store, Dayton's Department Store in Minneapolis and Gary's Family Foods in Dassel. Her greatest joy was spending time with her family. She is survived by her children, Calvin (Judy) Finch of San Antonio, Texas; Curt (Theresa) Finch of Burnsville, and Cathleen (Dale) Krueger of Florida, ten grandchildren and eleven great grandchildren. She was preceded in death by her husband, Clifford on November 26, 1979, and her parents.

The family of Alice Mae Stedman Finch created this Life Tributes page to make it easy to share your memories.